DURHAM: Baerbel (Barbara) Rintisch Easley passed away peacefully on Tuesday, June 2, 2015 comforted by the love of her family. She was born in Berlin, Germany on July 8, 1942 to the late Fritz and Erika Rintisch and raised by her mother and grandmother in post WWII West Berlin. From an early age, Barbara learned how to care for others and have courage in the face of adversity. Her strong character was defined by difficult times, allowing her to always bring out the best in people and make the most of any situation.
Barbara’s childhood passion for ice skating eventually led to her competing in the West German National Figure Skating Championships and to a professional career that included the Ice Capades, performing throughout the US and Canada. With the Ice Capades, she was able to perfect her English, which served her well when she returned to West Berlin. She met the love of her life, Dennis Easley, a very lucky American officer stationed there. They were married on June 5, 1965 in a beautiful ceremony in the Kaiser Wilhelm Memorial Church. In 1966, son, Mark, was born in Pisa, Italy, where Dennis was assigned with the U.S. Army Corps of Engineers, and in 1969 daughter, Jessica, was born in West Palm Beach, Florida where Dennis was attending graduate school. A career with Reynolds Metals Company moved the family to Richmond, Virginia, then to Stade, Germany, and back again to Richmond, where Barbara reconnected with her love for figure skating. She became a nationally ranked skating instructor and choreographer, receiving accolades and adoration from her devoted students, some of whom competed successfully at the national level.
In 2014, Barbara and Dennis retired to Durham to be closer to family. She is survived by her loving husband, Dennis Flannagan Easley, son, Dr. Mark Erik Easley, daughter, Jessica Margaret Easley, daughter-in-law, Mary Lynne Grigg, and her grandchildren, Ford, Benson, and Charlotte Easley.
Barbara was a magnificent woman full of grace, beauty, and love with all of the qualities that one looks for in a wife, mother, grandmother, and friend. While she will be greatly missed, her spirit will live on forever in our hearts. A service will be scheduled in the Memorial Garden at Westminster Presbyterian Church in Durham at a later date. In lieu of flowers, tributes in Barbara’s memory may be made to Duke HomeCare and Hospice, 4321 Medical Park Drive, Suite 101, Durham, NC 27704 https://www.gifts.duke.edu/daa.

Offer Condolence for the family of Baerbel (Barbara) Easley 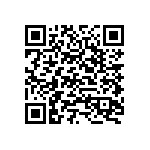