Audrey Rose Harlow passed away on October 12, 2019 in her 85th year.  She was born and raised in White Plains N.Y., the daughter of Arthur Rose of New York City and Julia Keeler Rose of South Salem, N.Y.

She attended the White Plains, New York Schools. In 1949 the family moved to Elmsford, N.Y. and Audrey graduated from Alexander Hamilton High School in June 1951.

Audrey earned both her BS and MS degrees from the State University of New York at New Paltz.  Her teaching career spanned 48 years for the Yorktown Central School District where she taught both primary and intermediate grades and was selected to be an Instructional Specialist to assist new teachers.

Audrey lived and worked in Yorktown Heights, NY. until she and her husband, Ed Harlow, retired and moved to Fearrington Village, NC. in 2008.

When living in Yorktown Heights, Audrey was a member of St. Mark’s Episcopal Church in Mt. Kisco.  After moving to North Carolina, she became a member of the Congregation at Duke University Chapel where she participated in the Local Missions’ Committee and the Staff-Parish Relations Committee.

Offer Condolence for the family of Audrey Rose Harlow 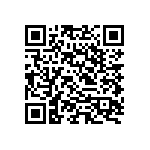