Mr. Varga was best known as a general contractor and was self-employed until 1978. He became a supervisor with The Sabotka Company, Inc. and in 1980 became a finish carpenter with John A. Russell Corp. He returned to self-employment in 1980 and until 1998 also became an owner, trainer, and breeder of standard bred horses. He trained on the track at his farm in Clarendon, VT and raced throughout New England as well as Saratoga and Yonkers in New York. His horses were his delight and passion. In 1998, along with his wife Barbara, he came to Moncure, NC where they have resided with daughter Kim and her husband Terry Sutton.

The funeral service for Mr. Varga will be held at 2:00 pm, Saturday, July 18, 2009 from Chatham United Methodist Church, with Rev. Patrick Sinclair presiding. Interment will follow in the church cemetery. Friends may visit with the family from 6:00 – 8:00 pm Friday at Hall-Wynne Funeral Service, Griffin Chapel, in Pittsboro. In lieu of flowers, gifts may be made to Chatham United Methodist Church, 1826 Chatham Church Road, Moncure, NC 27559, or to Community Home Care and Hospice, 1414 East 11th Street, Siler City, NC 27344.

Arrangements are under the care of Hall-Wynne Funeral Service, Griffin Chapel, Pittsboro, NC.

Offer Condolence for the family of Arthur R. Varga, Sr. 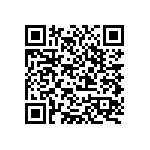