Mr. Arthur Anthony Colucci, 86, of Pittsboro, died Wednesday, November 26, 2008 at his home. A memorial service celebrating his life will be held Sunday, November 30, 2008 at 2:30 p.m. at St. Bartholomew’s Episcopal Church with Rev. Dr. Carl Edwards officiating. A committal service will follow in the church gardens.

Mr. Colucci was a native of Brooklyn, N.Y., son of the late Anthony Colucci and Helen Sochacka Colucci. Arthur served in the army in WWII. He was a Tech5 Sergeant with the 101st Signal Battalion in the Pacific. He was married to his wife, Marie, for 59 years. Prior to his retirement, Arthur worked as a chemical operator with Reichold Corporation. He was an avid reader of history volumes, enjoyed doing jigsaw puzzles, and wood carving. Arthur was a devoted husband, father, and grandfather.

He is survived by his wife, Marie; two sons, Anthony Colucci and wife Sharon of Old Bridge, N.J. and Carl Colucci and wife Lisa of Margate, N.J.; one daughter, Helen C. Hill and husband David of Pittsboro, N.C.; one brother, Edward Colucci of Toms River, N.J.; and two sisters, Florence Burden and Josephine Rogine, both of Toms River, N.J.; and four grandchildren. In addition to his parents, he was preceded in death by two brothers.

In lieu of flowers, the family requests contributions be made to Liberty Hospice 336 South Main Street, Raeford, N.C. 28376 or to the American Heart Association Triad Area of N.C. 202 Centerpoint Drive, Ste. 100, Greensboro, N.C. 27409.

Arrangements are under the care of Griffin Funeral Service & Cremation of Pittsboro, NC.

Offer Condolence for the family of Arthur Anthony Colucci 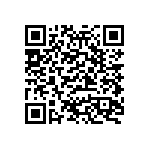