He lived in Lillington, N.C. until moving to Durham in 1931. He was a graduate of Durham High School, Class of 1938. He served in the U.S. Army during World War II from 1941 to 1946. He graduated from the University of North Carolina at Chapel Hill in 1947 and the University of Richmond Law School in 1952.

He began his practice of law in Durham in 1953, with his father. He was a member of Duke Memorial United Methodist Church and the Spence-Kale Bible Class.

He is survived by his wife of 54 years, Eleanor Anne White McDonald, his son Arthur A. McDonald, III, his brother the Reverend Walter N. McDonald of Louisburg, N.C., his sisters Dr. Ruth Vingiello of Monroe, Louisiana, and Flora Dean of Raleigh, N.C. His sister Alice M. Davis and an infant sister, Katherine McDonald, predeceased him. He is also survived by many nieces, nephews and cousins.

The family suggests that contributions may be made to Duke Memorial United Methodist Church, 504 W. Chapel Hill St., Durham, NC 27701 or the charity of your choice.

Offer Condolence for the family of Arthur Allen McDonald 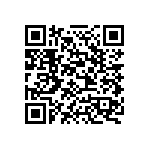