April was a loving mother and friend to anyone that she had the opportunity to come in contact with. April was a lady who was concerned more about the other people in her life than herself. She loved her work in Yanceyville at Easter Seals. After graduating High School April went to The Art Institute of Ft. Lauderdale and received a degree in Fashion Design.

April is survived by her husband Michael Wagner of Efland, NC; daughters Savannah Wagner and Samantha Wagner both of Mebane, NC; son Gerard Lloyd of Mebane, NC; parents Kenneth and Pauline Lloyd of Bahama, NC; sisters Isis Richards of Durham, NC and Nina Lloyd of Wheeling, WV and grandson Braydon Lloyd. April is also survived by many nieces and nephews.

Offer Condolence for the family of April Anne Wagner 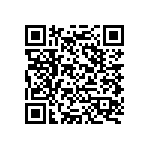