Alex was born in Bethesda Naval Hospital June 27, 1969. He attended Durham and Chapel Hill public schools, graduated from Durham Academy, attended UNC part time and graduated summa cum laude from Sierra Nevada College with a degree in ski business management.  After attempting to move up in the ski business in North Carolina, he changed career direction to become a chef with a culinary arts degree from Johnson and Wales University in Charleston, SC.  After tours as chef and chef de cuisine at Acme and Magnolia Grill respectively, he opened his own restaurant, Cypress on the Hill, in Chapel Hill in 2009.  Cypress was a culinary success receiving excellent reviews; however, it was sadly closed in August 2012 at the height of the recession.  This was a special place for his family and many of his customers.

Alex was also a talented athlete in a number of sports – tennis, basketball, soccer, skiing, and golf. He honed his skier skills on the Lake Tahoe ski slopes while in college. He later became a devoted fan (understatement) of Liverpool FC and knew every detail of their history and current status and the European football scene.  He was also an avid supporter of UNC sports.

During his time at the Magnolia Grill he developed a cardiomyopathy and heart failure, ultimately resulting in a heart transplant at Duke in December 2016.  Despite the excellent care he received from multiple physicians at Duke he was never able to return to a restaurant position.  He suffered declining health and passed away at home on January 14, 2020.

His major loves in his life were his wife Sasha Tucker Gallis and his daughters Lisa Taylor and Savannah Hope.  In addition he is survived by his younger sister Sara Gallis, parents Susie and Harry Gallis of Durham and uncles Byron and Paul Gallis of Seattle WA and Savannah GA respectively. In the Tucker family, he is survived by Sasha’s mother Ellie Tucker and brothers-in-law Scott Tucker and his wife Allie and Jason Cottrell and their children Vail, Revin and Ronan Tucker and Laja and Logan Cottrell.

Visitation will be held from 5-7 pm Friday January 24 and a memorial service at 11 am Saturday January 25, 2020, all at Hall-Wynne Funeral Service in Durham.  Memorials should be made per individual choice. A GoFundme site in support of Alex’s family has been established by Sasha’s brother Scott at gf.me/u/xc8q33 .

Offer Condolence for the family of Anthony Alexander Gallis 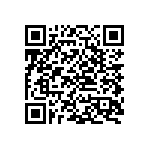