Annie Hart Boone Stovall, a long time resident of Stovall, passed away peacefully on August 23, 2017 at Parkview Retirement Center in Sanford, NC. Annie Hart was born on May 4, 1919 in Potecasi, NC to parents Norris Burgess Boone and Annie Elizabeth Hart Boone. The family later moved to Pendleton, NC, where Annie Hart spent most of her childhood on the family peanut and cotton farm. She graduated from Severn High School in 1936 and then from East Carolina Teachers College in 1940 with majors in English and French.
Annie Hart married Thornton Stovall in 1944, and they were married for 55 years until his death in 1999. They raised three children: Thornton (Nancy) of Stovall, Amy Stovall Wilson (Jim) of Sanford, NC, and Joe (Gloria) of Granville County. She was preceded in her death by two brothers, Norris Boone, Jr. of Pendleton and Doug Boone of Wilmington.
Annie Hart was an avid reader and she wrote many articles, essays and stories. She assisted her friend Ida Stovall in forming the first public library in Stovall. She was a member of several Baptist churches in Northampton, Pitt, and Granville Counties. At Stovall Baptist Church she taught an adult Sunday School Class for many years, and she led Bible Study Courses, VBS classes and the WMU. Later in life, she became a member of Enon Baptist Church where she was warmly welcomed and cared-for by many dear Christian friends and Pastor James Shelley.
Annie Hart and Thornton lived on the family farm in Stovall, a farm they purchased soon after they were married. There, they lovingly raised cows, pigs, chickens, grain, hay, tobacco, and children. Once when the litter of pigs was one-too-many for the feeding stations, she allowed the small piglet to board in the old play pen in her farm kitchen until he could make it on his own. The pig was named Walfred. When it came time to kill hogs that year, Annie Hart “put her foot down.” Her family was not going to eat anything with a name. Thus, Walfred became a long term resident of the hog lot.
Both Annie Hart and Thornton taught many years at Stovall High School and were quite involved in the activities at the school and in the village. The excitement of students being at her house to work on some school or church activity was one of her fond memories. This was a busy and exciting time in their lives, centered around the school, the church, the farm and raising the children.
Annie Hart loved to play the piano and almost every morning, even into her last years at home, she would wash the breakfast dishes and retire to the living room to play Autumn Leaves, Canadian Sunset or a beloved hymn. She also especially enjoyed planting and nurturing the shrubs, trees and flowers and grape vines around her large yard.
The final few years of her long life were spent at Granville House in Oxford and Parkview in Sanford, where she was very well cared-for. And though she always longed for her plants and her piano, special caregivers at Granville House and Parkview made her last years comfortable and loving.
In lieu of flowers, memorials may be made to Enon Baptist Church, 2298 Enon Road, Oxford NC or to The Lottie Moon Christmas Offering.
Funeral Services will be held on Saturday, August 26, 2017 at 2:00 PM from the Gentry-Newell & Vaughan Funeral Chapel, 503 College St., Oxford. The family will receive guests for visitation prior to the service from 12:30 to 2:00 PM. The Rev. James Shelley will officiate. Burial will then follow in Stovall Memorial Cemetery.

Offer Condolence for the family of Annie Hart Boone Stovall 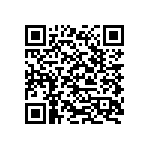