AnnieBelle Baldwin was born to the late Charlie and Bertha Baldwin on September 27, 1912 in Chatham County. She departed this life on December 9, 2011 at the age of 99.

She attended Chatham County Schools and joined Terrells Chapel AME Zion Church at a young age. AnnieBelle, for a while, resided in New York and worked at Berkshire Nursing Home in Babylon, New York.

The funeral service will be held at 11:00 a.m. Saturday, December 17, 2011, at Terrells Chapel AME Zion Church, with the Rev. Sharon Mitchell officiating. Interment will follow in the church cemetery. Friends may visit with the family from 7-8 p.m. Friday at Hall-Wynne Funeral Home in Pittsboro.

Online condolences may be sent to www.hallwynne.com, select “Obituaries”. Arrangements for Ms. Baldwin are under the care of Hall-Wynne Funeral Home of Pittsboro.

Offer Condolence for the family of Annie Bell Baldwin 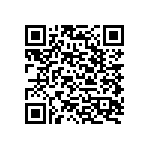