Anne Straughan Ferrell died Tuesday, December 25, 2007 at Durham Regional Hospital. A native of Durham, Mrs. Ferrell was born at 1009 W. Main St. to the late Charles Watson and Annie Jane Brown Straughan. She was orphaned at the age of two following the death of her parents and was raised by her cousins, aunts and uncles.

Mrs. Ferrell was educated in North Carolina and Richmond, VA schools. She graduated from Durham Beauty Academy and Kennedy Commercial College in Durham. She received a degree in Business Administration from Spencerian University in New York and attended numerous management schools while working for the U.S. Government/ Department of the Air Force.

Until her retirement from federal service, she travelled extensively working at many Air Force bases in the U.S. and other countries while loving every assignment. Her family wishes her well in her new assignment which she

Offer Condolence for the family of Anne Straughan Ferrell 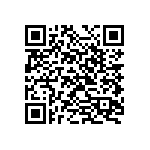