Anne Pauline McKinnon, age 79 died Tuesday, May 12, 2009 at Duke Medical Center. She was a native of Queens County, NY and the daughter of the late Salvatore and Ann Spillett Consiglio. She was a retired office manager and a member of St. James Catholic Church.
A Mass of Resurrection will be held on Friday, May 15, 2009 at 11:00 AM at St. James Catholic Church in Henderson by Father Bill Upah. Burial will be at Calverton National Cemetery, Calverton Long Island, NY
Ms. McKinnon is survived by a daughter, Kathy Ann Langston David of Louisburg; two brothers, Donald Sonny Consiglio of California, Paul Consiglio of Rustin, VA; and four sisters, Judith Neilsen of Creseo, PA, Joan McCann of Roanoke, VA, Jeanne Slowick of Merrick, NY and Carol Hickman of Vermont; three granddaughters, Regina, Wendy and Tabitha; four great grandchildren and her precious cat Callie. She is preceded in death by her husband John Howard McKinnon and brother John Consiglio.
Memorial may be made to St. James Catholic Church, 3275 US 158 Bypass, Henderson, NC 27537.
The family will receive friends following the Mass in the fellowship hall at the church. Gentry-Newell and Vaughan is in charge of serving the family. Online memorials www.gnvfh.com select obituaries.

Offer Condolence for the family of Anne Pauline McKinnon 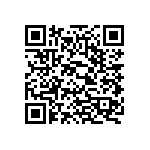