DURHAM – Anne-Marie Laplante Hobin, 76, of Durham, passed away Tuesday April 9, 2013 after a period of declining health.

Anne-Marie was born in Salem, Massachusetts to Aurele and Laura Laplante on February 7, 1937. The youngest of eight children, she attended high school at St Joseph’s Çatholic High School and graduated in 1954. In 1955 her brother Phil introduced her to her future husband, Ray Hobin. They were married in 1956 and were together for 56 for years. Early in her career she was a civil service employee in the various cities where her husband was stationed, both in the US and abroad. After raising her two children she reentered the workforce at Duke University beginning in the psychology department.

She also held positions in the office of the vice provost and retired as the assistant to the dean in the Graduate School of Economics in 2001.

Anne-Marie was a parishioner of Immaculate Conception Church in Durham for 42 years, where she volunteered in the church office.

Anne-Marie is preceded in death by her husband, Ray Hobin and her siblings Louis, Laurette, Therese, Leona, Jean-Paul, Philip, and Joseph.

In lieu of flowers, memorial donations may be made to the Alzheimer’s Association or Duke Hospice.

A Mass of Christian burial will be offered 11:00 am Friday, April 12, 2013 from Immaculate Conception Catholic Church, 810 West Chapel Hill Street, Durham, NC 27701 with Fr. Bill McIntyre, OFM, presiding. The visitation will start one hour prior to the service. A rite of Christian burial will be on Monday, April 15 at 10:00 am at Sandhills State Veterans Cemetery in Spring Lake, NC.

Arrangements for the Hobin family are under the care of Hall Wynne Funeral Service. Online condolences www.hallwynne.com

Offer Condolence for the family of Anne-Marie Laplante Hobin 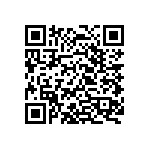