Anne was born in Mooresville, NC on May 7, 1930, the daughter of Charles Payne Lowrance and Bess Shumaker Lowrance. Anne attended Mooresville City Schools. Her college education was achieved at The University of North Carolina at Greensboro.

Anne and her future husband, Chalmers Fred Clark, Jr., grew up together in Mooresville. They were married between Fred’s sophomore and junior years at UNC Dental School. Anne worked as Executive Secretary to the Director of The University of North Carolina Press until Fred graduated in 1956. She was proud to tell the story that The Press published a “best seller” during her time there. Anne and Fred spent the following two years in Montgomery, Alabama, where Fred served at Maxwell Airforce Base in the dental division. After fulfilling Fred’s commitment to the Air Force, Anne and Fred moved back to North Carolina and Fred began a general dentistry practice in Durham.

Two sons were born of this marriage, Chalmers Fred Clark, III and Andrew Harrison Clark. Anne spent the years while her sons were growing up as a volunteer in many areas, including supporting their school and sports activities and their years as Cub Scouts. She also volunteered at both Watts and Duke Hospitals. Anne was a member of House and Garden Club, and the Debutante Ball Society for some years. She and Fred enjoyed rose gardening and shared their roses with many. For a number of years, Anne was an active tennis player at Hope Valley Country Club and played with friends at many clubs, including Hound Ears Club in the beautiful North Carolina mountains. She was also active in Duke Memorial United Methodist Church, serving the congregation in many capacities. In later years, Anne served as a Trustee for The United Methodist Retirement Homes, Inc. and supported many areas of it’s work. Anne and Fred made Croasdaile Village Retirement Community their home beginning in 2007.

Anne’s husband, Chalmers Fred Clark, Jr. predeceased her, along with her parents and brothers and sisters.

A service of Death and Resurrection will be held on Sunday, June 10th at 2:00 pm. at Few Chapel at Croasdaile Village Retirement Community – 2600 Croasdaile Farm Parkway, Durham.

The family will receive visitors immediately following the service in the Chapel foyer.

Offer Condolence for the family of Anne Lowrance Clark 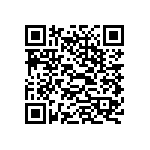