Anne Lamphere Williamson, 82, of Fearrington Village, died peacefully at her home on December 26, 2009. She was born on August 10, 1927 in Brooklyn, NY to the late Col. Theodore and Elsie Krokus. She graduated from Ft. Hamilton HS in 1945 and Lenox Hill Hospital School of Nursing in 1948. She married Alton J. Lamphere in 1950 and together raised a family in North Massapequa, NY. They retired first to Maine, then to Fearrington Village in 1990 after Al’s stroke. Anne was active in University United Methodist Church and Christ United Methodist Church in Chapel Hill; the Garden Club of Chapel Hill; the Swim & Croquet Club of Fearrington Village; and numerous philanthropic endeavors. In 2002, she married Dr. Richard Williamson. The “delightful Anne” will be remembered for her vibrant personality, strong religious beliefs, her service on behalf of others, and her devotion to family and friends.

Anne Lamphere Williamson is survived by her children JoAnn of Bethesda, MD, son Jeffrey and wife Rose Marie of Fuquay-Varina; brother Robert Krokus of Arlington, VA; and grandchildren Alexander, Zachary, and Gabriella. She was preceded in death by her parents Theodore and Elsie, husbands Alton and Richard, and brothers John Charles and Theodore.

The family would like to thank Anne’s good neighbors and friends for their kindness during her final days.

Online condolences may be made at www.hallwynne.com Select “Obituaries”. Arrangements are under the care of Hall-Wynne Funeral Service, Griffin Chapel in Pittsboro.

Offer Condolence for the family of Anne Lamphere Williamson 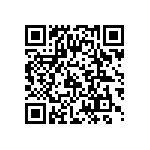