DURHAM – Ann Tilden Pope, 93, died at her home in Croasdaile Village, Durham, NC on November 30, 2017.
She was born November 23, 1924 in Chicago, Il. to the late Mason Osgood Tilden and Anna Mary Meyer Tilden.
Ann graduated from Wilson College and later married Robert Gilmer Pope on October 23, 1948.
She raised two sons in Haddonfield, NJ and volunteered for several charities including Visiting Nurses Association and chaired the Cooper Hospital Horse Show.
She moved to Southern Pines, NC with her husband, Robert and continued her voluntary ways for nearly 20 years.
In 2000, she moved to Croasdaile Village Retirement Community where she wrote articles for the in house newsletter and read books to the children in an elementary school.
She was a loving and caring person, who always thought of others before herself.
Ann is survived by her two sons, Mason Gilmer Pope (and wife Kathleen) of Voorhees, NJ and Richard Tilden Pope (and wife Kathy) of Jamestown, NC; seven grandchildren and seven great grandchildren. Ann was proceeded in death by her husband, Robert in 2010.
A private cremation service was held at Hall-Wynne Crematory.
In lieu of flowers, please make donations to Durham Rescue Mission, PO Box 11368, Durham, NC 27703.
The family would like to extend a special thanks to the entire staff at Croasdaile Village and Home Instead Senior Care for their help, support and caring.
Hall-Wynne Funeral Services is assisting the family (919) 688-6387. Online condolences www.hallwynne.com

Don’t be selfish; don’t live to make a good impression on others. Be humble, thinking of others as better than yourself. Don’t think about your own affairs, but be interested in others, too, and what they are doing. Philippians 2:3-4

Offer Condolence for the family of Ann Tilden Pope 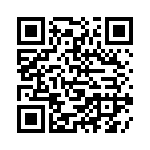