Ann Llewellyn McKenzie, Attorney, Dies at 83
Baltimore – Ann Llewellyn McKenzie, 83, of Baltimore and formerly of Concord, N.C., died March 27, 2009 at the Seasons Hospice, Northwest Hospital, Randallstown, MD of complications from emphysema.
On Saturday, April 4, 2009, the family will receive visitors from 11 a.m. until noon at the Gentry-Newell & Vaughan Funeral Home, 503 College Street, Oxford, N.C. 919-693-5191 followed by a graveside service at 2 p.m. in Elmwood Cemetery. ‎
Born December 18, 1925, in Oxford, N.C., Mrs. McKenzie was the daughter of the late Clement Manly Llewellyn and Ruth Pitchford Llewellyn of Concord. She was an attorney licensed in North Carolina and Maryland and practiced law in both states for 50 years. As a young girl, McKenzie learned to love the law from her father and helped him in his law office by typing, filing and answering the telephone.
McKenzie was a 1942 graduate of Concord High School, attended Women’s College of the University of North Carolina in Greensboro and graduated from the U.N.C. School of Law at Chapel Hill. She married Herbert B. Greene, Jr. of San Antonio, Texas who died in 1965. She worked for the Office of Price Stabilization in Raleigh, N.C. during the Korean War and for the Social Security Administration in the late 1950s.
Having completed her legal studies in only two years, Mrs. McKenzie returned to Concord and joined the family law practice of her father, focusing primarily on domestic and criminal law. One of her first trials was a sensational murder case which she won. In her later years, she was an activist for many civil liberty causes and was named in “Who’s Who in American Law” and “Who’s Who of American Women.” She was most well known professionally for her work in the Mary Emily Stuart case, a landmark legal decision whereby a married woman could legally register to vote using her maiden name.
In Baltimore, McKenzie and her second husband, the late Claude Fleet McKenzie also an attorney, were active in gentrification and historical preservation of inner-city Baltimore and were founding members of the Seton Hill Association. They founded the Fontanne Gallery where local artists could exhibit their work.
McKenzie is survived by her son Herbert Greene and wife Paula Mann Greene of Colonial Heights, Va., two grandsons, Paul Llewellyn Greene of Leesburg, Va., and Boyd Greene of McLean, Va. , great-granddaughters Hayley and Natalie Greene, her brother Clement M. Llewellyn, Jr. of Virginia Beach, Va., nieces Bennett Lancaster of Charlotte, Mary Pawlowski of Virginia Beach, and Lisa Severino of Frederick, Md., a nephew, Robert Llewellyn of Charlotte, and long-time family friend and attorney, Stephen Miller of Baltimore.
In lieu of flowers, Mrs. McKenzie asked that any memorials be made to local legal aid societies.

Offer Condolence for the family of Ann Llewellyn McKenzie 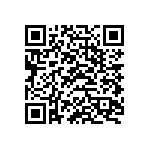