She started volunteering at the Estes Hills Elementary School library in 1977 while her youngest son was a student there and continued long after all three sons had graduated from the school system. In 2000, the school dedicated the Ann Bayliss reading corner, commending her “for her thousands of volunteer hours.” She was one of the original “soccer moms,” ferrying the boys and their friends to games on Saturday afternoons in the early 1970s while listening to the weekly opera broadcast on the station wagon radio.

She was born on October 16, 1924, in Orange, NJ, to Theodore DeCue Palmer Jr. and Margaret Elizabeth Ochs. Her grandfather, Milton Ochs, was publisher of the Chattanooga Tennessee Times; she was a great niece of Adolph Ochs, publisher of the New York Times. She graduated from Miss Beard’s School in 1942 and Wells College in 1946. While living in Germany from 1948-1951, she worked for the U.S. Army Counter Intelligence Corps. Upon return to the U.S. she worked as a personnel interviewer for Cities Services Oil and Gas in New York.

In 1957 she married William H. Bayliss and moved to Kalamazoo, Michigan, where their three sons were born. They moved to Chapel Hill when her husband entered Duke Law School and remained throughout his law career. She and Bill were avid travelers, visiting Western and Eastern Europe, Egypt, Turkey, China, New Zealand. Bill died in 2012.

She is survived by her three sons and daughters-in-law and four grandchildren: George Bayliss and Svea Herbst; Ted Bayliss and Maura Landry Margaret, Caroline and Andrew and Mark Bayliss and Christianne Edkins Alexander. She is also survived by her sister Josephine Dean Hall and several nieces and nephews.

A funeral service will be held Monday, Nov. 25, at 10 am at the University Presbyterian Church in Chapel Hill. In lieu of flowers, donations may be made to the Chapel Hill-Carrboro Public School Foundation, PO Box 877, Carrboro, NC, 27510.

Offer Condolence for the family of Ann Bayliss 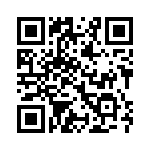