Mr. Andrew “Steve” Williams, 65, of Clarksville, VA, passed away Sunday morning, May 20th, 2012, in his home, surrounded by his family. A native of Pittsboro, NC, Steve was born November 23rd, 1946 to the late Andrew and Mary Clark Williams. A veteran of Viet Nam, he achieved the rank of Staff Sgt. E-6 in the U.S. Army, before returning stateside to spend a career as a Medical Photographer. After retiring, most of his time was spent playing golf or enjoying fishing.

Survivors include his wife of 35 years, Jeanie, of the home; his sons, Christopher Williams & Barbara, of Franklin, NC, Matthew Williams & Lauren of Sanford, NC, and Ryan Williams of Goldsboro, NC; brothers, Don Williams, of Chapel Hill, NC, and Brent Williams of Pittsboro; a sister, Carolyn Morris, of Beaufort, NC; and his two granddaughters, Haley and Eliza Williams.

The family will receive friends from 6-9:00 PM, Monday, May 21st, 2012 at Hall-Wynne Funeral Home, in Pittsboro, NC. A funeral service will be held at 11:00 AM, Tuesday, May 22nd, 2012 at Mays Chapel Baptist Church, with the Rev. Val Chadwick officiating. Interment will follow in the church cemetery.

Offer Condolence for the family of Andrew Steve Williams 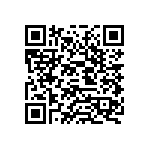