Anderson de Almeida was a gift to this world.

He is one of few people who’s loss s​pans across the ocean, showing the impact his life had on so many. ​

​Born on April 21, 1981, Anderson Antones de Almeida was the second son of four to Dion Carlos and Silvia de Almeida. Always looking for fun, as a child he spent most of his time playing soccer, riding bikes, and making friends with anyone and everyone in his home of Sao Paolo, Brasil. To know Anderson was to love Anderson. With an infectious smile and a love for life like no other he, no matter how unintentional, spread a love and joy that is irreplaceable.

Anderson was always the life of the party. His big boisterous voice, whether discussing his love for his son or arguing that Corinthians was the best soccer team known to mankind, was enough to bring life to any room. He welcomed anyone and everyone into his life with a compassion and understanding only few can begin to appreciate. He spent most weekends with his family, of whom were also his closest friends. He celebrated any event with a passion and enthusiasm, no matter how small or big the occasion. Anderson always had a smile on his face, and while it may not have been his intention, always left others with a smile on their face. He had a love for not only soccer, but for a good cold beer, a properly cooked steak, the company of his loved ones, and dancing and singing to samba, Bob Marley, and Charlie Brown Jr. any and every chance he had.

The most joyous day of Anderson’s life was the birth of his son Ryan de Almeida. Anderson was a father unlike any other, not only to his son, but to his step-daughter, Maria, and a loving uncle to his nieces and nephews, Larissa, Layla, and Kayleb de Almeida.

Anderson left us and was reunited with his father, Dion Carlos de Almeida, in heaven on March 23rd, 2015.

We celebrate his life along with his beloved mother, Silvia de Almeida, and his best friends and brothers, Fabricio de Almeida, Wesley de Almeida, and Alison de Almeida. He will forever be loved by his long time partner, Claudia Crispin, and many other friends and family who will continue to encompass the love for life Anderson bestowed upon this world.

The family will be present 4-6 p.m. Saturday at The Chapel of Hall-Wynne Funeral Service, 1113 West Main St., Durham, where funeral services will follow at 6 p.m. Online condolences at www.hallwynne.com

Offer Condolence for the family of Anderson de Almeida 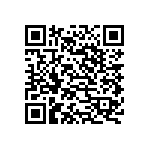