Anastacio Chan Ng, M.D., 80, died at home, surrounded by his family, on July 14, 2013. He was born April 15, 1933 in Manila, Philippines, to the late Gregorio and Maxima Chan Ng.
Dr. Ng graduated cum laude from the University of Santo Tomas in Manila, from which he received his medical degree. He immigrated to the United States to continue his medical training in 1958. He completed his training in radiology at the Mallinckrodt Institute of Radiology at Washington University in St. Louis. Dr. Ng joined the medical staff at Regina General Hospital in Regina, Saskatchewan, Canada, where he attended 1964 – 1968. He returned to the United States to join the medical faculty at Indiana University Hospital where he was an Assistant Professor of Medicine. Dr. Ng moved on to help establish the Radiologic Specialists of Indiana at Methodist Hospital in Indianapolis in 1970, where he enjoyed a long and vibrant career, retiring in 2007. He and his wife relocated to Chapel Hill, NC in 2009 to live with his older daughter and her family.
Dr. Ng was a devoted husband, father, son, and brother. He was a man of deep faith, devoted to St. Jude Thaddeus. He was a parishioner of St. Luke Catholic Church in Indianapolis for 35 years and then, more recently, of St. Thomas More Catholic Church in Chapel Hill.
Dr. Ng is survived by his wife of 50 years, Maria Consuelo Elizabeth Ignacio Ng; his daughters, Judith Ng Cashin and Jodie B. Ng, son in law, Chris Ng Cashin, grandchildren, Creel, Chan, Larkin, and Jude Ng Cashin, brother, Antonio C. Dorotea Ng, nephews, Jon and Jeffrey, and niece, Jennifer.
A Mass of Christian burial will be offered at 12:00pm on Wednesday, July 17th at the St. Thomas More Catholic Church. Friends may visit at 11am Wednesday prior to the mass. Interment will be private.
Gifts in Dr. Ng’s memory may be made to: ALSAC – St. Jude Children’s Research Hospital, 501 St. Jude Place, Memphis, TN 38105. Arrangements are entrusted to Hall-Wynne Funeral Service, Durham. Online condolences at www.hallwynne.com

Offer Condolence for the family of Anastacio Chan Ng, MD 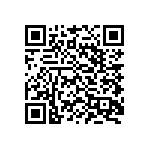