Alice was a 50 year member and received the Lifetime Membership Award from Catholic Daughters of America Court Durham Chapter. She joined Catholic Daughters in 1963, less than a year after moving to Durham. In typical fashion, she became active immediately and was elected to the office of treasurer in 1964. This was the first of many offices that Alice held, including Recording Secretary, Vice Regent and Regent. She served again as treasurer in 2006. Her enthusiasm and commitment to Catholic Daughters was evident to all as she served on many committees throughout the years. These included the Famous Fashion Shows, the Quilt Raffle, Duke Fundraisers, State Raffle Ticket sales, Bingo and Oldham Towers as well as many bake sales and yard sales. She demonstrated strong leadership as chairman of several committees. Whether in a supporting role or leading role, she was a Catholic Daughter everyone could always count on.

Interment will follow at St. Matthew Cemetery. In lieu of flowers, donations in Alice’s memory may be made to Duke Hospice, The American Lung Association, or to St. Matthew Catholic Church. Online condolences at www.hallwynne.com. See obituaries.

Offer Condolence for the family of Alice Marie Richards 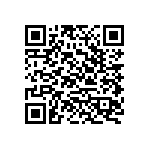