Alexander blessed the Chapel Hill and Carrboro communities with his vibrant character and loyalty to his family and friends. He touched the lives and hearts of many people, and left us all with fond memories of his joy and passion for life.

Alexander is preceded in death by his paternal grandfather Richard William Koch, and his maternal grandmother Jessie Boles Macapayag. He is survived by his parents Dr. Matthew Allen Koch and Lilin Macapayag Koch of Chapel Hill, his brother Arthur Koch and wife April of Burlington, and Adam Koch of Chapel Hill. He is also survived by his paternal grandmother Phyllis Koch Latimer of Asheville, North Carolina, and his maternal grandfather Anselmo Macapayag of the Philippines. Alex is also survived by many aunts, uncles, and cousins in the United States and the Philippines.

A memorial service and reception will be held at the Catholic Community of St. Thomas More in Chapel Hill, NC at 11:00 AM on Tuesday, May 29, 2012. Gravesite ceremony will follow at the Westwood Cemetery in Carrboro. Visitation will be held on Monday, May 28th from 4:00 to 6:00 PM at Hall-Wynne Funeral Service in Durham.

In lieu of flowers, friends are invited to donate in Alexander’s name to the Child’s Play Charity or the Juvenile Bipolar Research Foundation.

Arrangements for the Koch family are under the care of Hall-Wynne Funeral Service. Online condolences ww.hallwynne.com

Offer Condolence for the family of Alexander Paul Koch 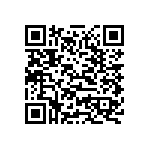