One of five children to Ricardo and Elizabeth Gregorio, Alex was born in Ilocos Norte, Philippines on April 25, 1955. He attended the University of the East in Manila, Philippines, graduating with a Bachelors Degree in Commerce. He married his wife of thirty years, Amelia Balte Abes, on March 30, 1981. Together, they had two sons and a daughter, Christopher, Anthony, and Caroline.

Alex was a devoted parishioner of Immaculate Conception Church, where he volunteered in many ministries, and a member of NC Phil-American Association.

He enjoyed traveling, gardening, cooking, listening to music, spending time with his family, and working on his jewelry business.

A Mass of Christian burial will be offered at 10:30 AM Saturday, October 22, 2011 from Immaculate Conception Catholic Church with Dan McLellan, O.F.M presiding. Burial will take place at St. Matthew Catholic Cemetery, followed by a reception in the gathering hall.

Friends may visit Friday evening from 6:00-9:00 PM at Hall-Wynne Funeral Service in Durham.

Offer Condolence for the family of Alexander Lazo Gregorio 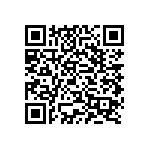