Alexander Kerr Thomas, native and longtime resident of Philadelphia, PA, and since 1997 of Chapel Hill, died Tuesday afternoon, July 24th, 2007 following a sudden and unexpected health crisis after several years of decline. He was 83.

Son and only child of Murdock and Isabelle Thomas of Philadelphia, Moore County, NC, and Cape Breton, Nova Scotia, he was born in 1923 and educated in the Philadelphia public schools. Following graduation from Germantown High School, he began a career as what was then called an

Offer Condolence for the family of Alexander Kerr Thomas 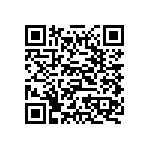