Alex H. Hancock, 80, died Friday November 8, 2013 at his home. He was a native of Granville Co. and was the son of the late Franklin Wills Hancock, Jr. and Lucy Landis Hancock. He was preceded in death by his wife Tapp Latta Hancock.
Alex was a graduate of Oxford High School and Fishburne Military Academy, Waynesboro, Virginia and received a Bachelor of Arts Degree in Business Administration from Furman University, Greenville, S. C.
Alex was a retired contractor and former owner of Hancock Construction Company. As a member of St. Stephen’s Episcopal Church, he had served as Senior Warden, Junior Warden and a Vestryman. He was a member of the Veterans of Foreign Wars.
Funeral services will be conducted on November 24, 2013 at 1:00 PM in St. Stephen’s Episcopal Church by Reverend James Phal. A private burial will be at Elmwood Cemetery.
Surviving is a daughter, Gladys Tapp Hancock of Bakersville, California; a son, Franklin Eric Hancock and wife Tricia, four grandchildren, Alexander Wills, Charles Franklin, Katherine Latta and Elizabeth Anne Hancock of Tampa, Florida.; brother Robert Denard Hancock of Oxford and a sister, Lucy Hancock Moore of Oxford. He was preceded in death by brothers Franklin Wills Hancock, III, Charles Hamlin Hancock and sisters; Mariana Hancock Kuester and Lizzie Hancock Falkner.
The family will receive friends after the service in the Parrish Hall of the church.
In lieu of flowers, memorials may be made to St. Stephen’s Memorial Committee, 140 College Street, Oxford, NC 27565.
The family is under the care of Gentry-Newell & Vaughan Funeral Home. Online memorials at www.hallwynne.com select obituaries.

Offer Condolence for the family of Alexander Hamilton Hancock 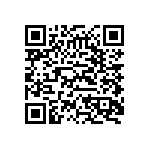