A. William Kennon was born on November 22, 1940, son of the late Albert W. Kennon, Jr. and Margaret Wannamaker Kennon. He was raised in Durham, attended Durham city schools, and received his AB degree from Duke University in 1962.
Following graduation from Duke, he served as a commissioned division officer of the aircraft carrier USS Forrestal; he is a veteran of the Cuban Missile Crisis.
After leaving the naval service, he married Martha Elizabeth Collins in 1964.
He graduated with honors from the University of North Carolina School of Law in 1967.
Kennon practiced law with his late father until the latter’s retirement in 1976, when he joined the Durham law firm of Newsom, Graham, Strayhorn and Hedrick, where he served as managing partner for twelve years.
He served a general counsel for Central Carolina Bank and Security Financial Holding Company prior to their merger with other financial institutions.
Kennon served as corporate counsel for the American Football Coaches Association. He was instrumental in creating and served as general counsel for the American Football Coaches Foundation, the educational fund raising arm of the AFCA. At its annual meeting in January of 2013, Kennon was awarded an honorary membership in the AFCA.
Kennon wrote and lectured extensively on subjects pertaining to federal taxation, estate and trust planning and administration.
In 1979, he was elected a Fellow in the prestigious American College of Trusts and Estate Counsel. He later was elected as a member of the American Counsel Association.
Kennon was active in the American and North Carolina Bar Associations, serving as a member of the ABA Section of Taxation Committee on Exempt Organizations and as a member of the Executive Council of the NC Bar Association Estate Planning and Fiduciary Law Section. He was a member of a subcommittee of the NC Bar Section of Taxation which worked closely with the NC General Statutes Commission in developing the North Caroline Professional Corporation Act.
He served for many years as a trustee of the NC Bar Association pension plan. Kennon was a member of an ACTEC task force which developed the Uniform Power of Attorney Act, which was adopted by most states, and served as North Carolina editor of Drafting the Power of Attorney, A Systems Approach.
Kennon retired from the practice of law in 2013, having completed his career in the law as the senior named principal in the Durham law firm of Kennon, Craver, PLLC.
Kennon served two terms as a member of the Vestry of St. Stephens Episcopal Church in Durham, and also as its Senior Warden.
He served three terms as a member of the Board of Governors of Hope Valley Country Club and twice as its President. He served as a member of the Board of the Duke University Marine Laboratory in Beaufort, NC.
Kennon was a member of the Board of LC Industries. He was a trustee of the St. Stephen’s Episcopal Church Foundation as well as a board member of the Fox Family Foundation.
He was a direct lineal descendant of Major (by Brevet) Robert Kirkwood, revolutionary war hero. By virtue of this lineage, Kennon was a member of the Delaware state chapter of the Society of the Cincinnati founded by George Washington.
Kennon is survived by his wife, Martha Collins Kennon, two sons, William Scott Kennon (Victoria H.) of Waxhaw, NC and James Kirkwood Kennon (Erica S.) of Lafayette, CO, and four grandchildren.
A memorial service for Kennon will be at St. Stephen’s Episcopal Church in Durham on Tuesday, April 10, 2018 at 10am with a reception to follow the service at the church.
The Kennon Family is under the care of Hall-Wynne Funeral Service. Please leave condolences at www.hallwynne.com. See obituaries.

Offer Condolence for the family of Albert William “Bill” Kennon 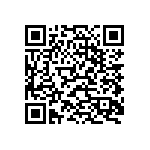