Durham- Mr. Albert Francis Eldridge, Jr died at home surrounded by his loved ones on March 16, 2017. Mr. Eldridge, 73, was the son of the late Albert F. Eldridge, Sr, and Helen (Byrd) Marshall. He was born in Franklin Virginia, where he attended high school. He later attended William and Mary. After receiving his doctorate at the University of Kentucky, Lexington, he began a long career at DukeUniversity. He most loved teaching both undergraduate and graduate students about Foreign Relations and helping them while working in the administrative staff. He retired after 45 years.
He is survived by his husband, Ron Walton, and their dog Abagail; his two daughters, Sarah Eldridge of Durham, and Catherine Eldridge of Charlotte; and former wife Molly Knee Eldridge; and his sister Betty Marshall and her husband Brian.
A Catholic Mass will be celebrated at Immaculate Conception Church in Durham NC on March 21st, 2017, at 11:00 am. In lieu of flowers, those wishing to contribute in his memory can do so to the Durham Food Bank. Arrangements are under the care of Hall-Wynne Funeral Service. Online condolences: www.hallwynne.com.

Offer Condolence for the family of Albert F. Eldridge 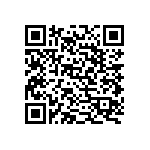