Alan Jay Fuller died peacefully at home in Durham on Monday, February 8th after a short battle with lung and brain cancer. Al was born July 3, 1948 in Baltimore Maryland to the parents of Marjorie Kattau and Lee Fuller. Al grew up in Ohio sharing a childhood of camping, fishing and other outdoor activities with his older sister Donna and younger brother Grant. Al then attended Ohio University earning a Bachelor’s Degree in Government and Economics. Later after moving to Maine, Al graduated from the University of Maine at Orono with a BS degree in Mechanical Engineering, followed later by a Master’s Degree in Business and Marketing from LeMoyne College in Syracuse NY. Al spent much of his career working in the field of Heating and Air Conditioning and was employed in Raleigh by Commercial Mechanical Systems.

Al married Cheryl Mushrall Fuller in May of 1985 and the two of them left Maine to live in Jacksonville, Florida. Here Al worked as a yacht designer for Huckins Yacht Corporation. In 1991, Al became the proud father of Ian Stuart Fuller who is now a freshman at Appalachian State University. The Fullers lived in Syracuse NY for several years where Al was employed by Carrier Corporation. The Fullers moved to Chapel Hill from Beaufort, SC in 2001 and now reside in Durham, NC.

Al spent his free time boating, fishing, flying both full size and remote control airplanes. He was a member of the Wings of Carolina Flying Club in Sanford and the Flying Tigers remote control flying club. He was also a member of the American Association of Engineers and the American Marketing Association. He recently received certification for Leadership in Energy and Environmental Design.

Al is predeceased January, 2010 by his father Lee Fuller. Al is survived by Cheryl & Ian, his mother, Marjorie Fuller, sister and brother-in-law, Donna and Ches Joy, brother, Grant and several nieces, nephews and close friends. Al was known by any who met him as “one of the nicest people you will ever meet” and will be dearly missed by his family and friends.

In lieu of flowers, memorial contributions may be made in Al’s name to Suntrust Bank, Attn: Special Handling, VA-RIC 9292, P.O. Box 27572, Richmond, VA 23261-7572 for Ian’s education fund. Please include “Alan Fuller Memorial” on the memo line of your check.

Offer Condolence for the family of Alan Jay Fuller 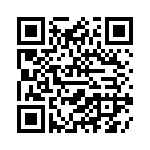