Agnes Eason Langston, 92, peacefully slipped away Feb. 18, 2020, at Croasdaile Village in Durham. She was predeceased by her husband and inseparable friend, Walt Langston, in December 2013 after 64 years of marriage.

Ag was born in Edgecombe County, one of six children of the late Benjamin C. and Maud Weaver Eason. She attended Elon University for one year until she was old enough to attend the School of Nursing at Rex Hospital in Raleigh. She graduated in 1948, shortly before meeting Walt on a blind date. She had to pass her state nursing boards before their courtship began in earnest; they were married in November 1949 and soon moved to Durham.

Ag’s life was full and joyful, with service to family and community. She loved her career as a registered nurse; delighted in all flowers, especially pink roses; traveled around the world; and was an active member at Pilgrim United Church of Christ, particularly with the flower committee and the choir. She played bridge with a core group of women for decades and developed deep friendships along the way. She and Walt moved to Orange County in 1980 and promptly started gardening, successfully growing fruits, vegetables and flowers. Ag then made more new friends by selling extra produce at the Hillsborough Farmers’ Market.

When Ag and Walt moved to Croasdaile Village in 2012, she was able to care for its roses and make flower arrangements for the community. She also sang in a choral group. Above all, Ag was devoted to her husband, family and community.

She is survived by her children: Needham W. Langston Jr. (Marylou), of Laurel, Md.; Janet L. Molinaro (Robert) of Norfolk, Va., and their daughters Kathryn, Claire and Gabrielle; Michael R. Langston (Lois Staton), of Raleigh; and John D. Langston (Lisa Zywicki), of Raleigh and their daughter Anna. Agnes is survived by her youngest sister, Ethel E. Pitt, of Pinetops, N.C., and many nieces and nephews. She was predeceased by her brothers Richard and B.C. Eason, and sisters Mary Belle Whitley and Lucy Smith.

A memorial service will be held at 1:30 p.m. Sunday, Feb. 23, at the Croasdaile Village chapel, 2600 Croasdaile Farm Parkway, Durham, N.C. A reception will follow. Interment will be conducted prior, at 2 p.m. Saturday, Feb. 22, at the Pilgrim United Church of Christ columbarium.

In lieu of flowers, memorial donations are welcomed to WCPE-FM, Housing for New Hope or Pilgrim United Church of Christ.

The Langston family is under the care of Hall-Wynne Funeral Service, Durham, NC.

Offer Condolence for the family of Agnes Eason Langston 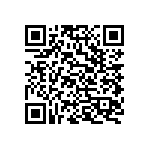