Bryant Duke 77, of Cary, died Friday, July 6, 2007 after an extended illness at Western Wake Hospital in Cary.
Bryant was born in Oxford, North Carolina on September 19, 1930 to Martha Beatrice and Ernest Bryant Duke. He moved to Durham when he started elementary school and lived there until graduation from Durham High School. Bryant then joined the Navy for the next four years and served aboard the ship USS NewPort News. After his return from the Navy, Bryant went to work at Duke Medical Center as an illustrator and medical photographer. In 1970 he began working at the National Institute on Environmental Health Sciences NIEHS as the Institute Photographer and later as a Contracting Officer in purchasing and remained there until his retirement in 2001.
Bryant is survived by his ex-wife Louise and her husband Sonny Shamel of Durham; son, Chip Duke and his wife Patti of Durham and two granddaughters, Stephanie and Jessica Duke ; three daughters, Dale McLain and her husband Mark of Dallas, Texas, grandsons, Ian, William, Jacob and Jacob

Offer Condolence for the family of Adolph Bryant Duke 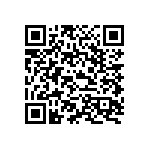