DURHAM – Aden Davis Riggin, 64, became one of God’s angels Sunday, February 10, 2008. He passed in the comfort of his new home surrounded by loving family and friends.

Aden came into this world on August 2, 1943, born to the late Nathaniel Benson and Carolyn Davis Riggin in Crisfield, Maryland. Following high school, he was determined to serve his country and in 1960, at the age of seventeen, enlisted in the United States Navy. The three years of service allowed him to grow up, discover himself, and recognize that every moment in life is precious and you must take full advantage of it. Upon discharge, he was accepted at the University of Richmond where he was awarded his bachelor and master degrees in Commerce in 1972. He worked for United Air Lines while in school and thereafter before joining the Air Transport Association ATA in 1976. It was there that he formed the corporation owned by the U.S. scheduled airlines known as SatoTravel and served as its first President & Chairman of the Board.

It was at ATA that he met his loving wife, Monnie. They were married at The Church of the Good Shepherd in Burke, VA and together, had two beautiful girls, Carrie Jean and Elizabeth Alexandra. He adored his family, and their lives centered around their Church community. Carrie and Elizabeth were baptized and grew up there and developed life long friendships. Aden dedicated much of his time and energy to the church, his home away from home. It is here that Aden founded the English for Speakers of Other Language’s program, his gift to those who yearned for the skills to better themselves in life. Although this church had been the foundation of their faith and the root of wonderful memories, God wanted them to experience the warmth of the family at St. Barnabas’ Church in Annandale, Virginia – there was more of God’s work to be done there. As much as this church was a blessing in their life, Aden soon became a miracle to the life of St. Barnabas, and left a lasting impact on the lives of the children enrolled in the after school program, a program he started to give children a safe haven free from gang recruitment.

Even though their life was invested in their faithful friends of Northern Virginia, their hearts have always been in North Carolina, and they finally found their dream home in Durham.

Everyone would agree, Aden was the best man anyone has ever known. He gave his life for others, touched the hearts of everyone he met, and in return was loved more than he will ever know. God sent him to us to be our angel. He has taught us so much about life, and although he is gone, we will live in his footsteps and carry on his spirit.

In addition to his immediate family, Aden is also survived by Andrea and Don Seelmann; Alexandra, McKenzie, and Ryan Crews; and Peyton Seelmann of Mechanicsville, VA, as well as Vanessa, Chris, Nate and Emily Sterling of Crisfield, VA.

A requiem Eucharist will be offered 1:00 PM Wednesday from St. Luke’s Episcopal Church. A reception will follow the service. Burial will be in Maplewood Cemetery.

“Honey”, “Dadbear”, Daddy, Aden, we love you with all of our hearts, but we want to reassure you that it is not goodbye, it’s just “see you later.”

Offer Condolence for the family of Aden Davis Riggin 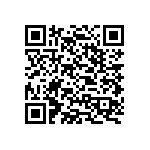