A Wendell Musser was born on December 15, 1930 in Herrick, Illinois and died on February 15, 2020 in Durham, North Carolina. Although born into poverty and afflicted with polio as a child, Dr. Musser persevered with his intellect and hard work. He was admitted to Purdue University, where he earned his Bachelor’s in Chemistry, and later to Indiana University, where he earned his Doctorate in Medicine. He served in the U.S. Army from 1961-1963 where he practiced Internal Medicine and invented a portable testing kit for common diseases in Southeast Asia for medical corpsmen to use on the field. He then served several Schools of Medicine and VA Medical Centers, including Duke, Emory, the University of Kentucky, George Washington, and his alma mater, Indiana.

After retiring from medicine, Dr. Musser joined the Osher Lifelong Learning Institute in 2004 where he eventually taught courses in twentieth century historical subjects close to his heart: Winston Churchill, Eleanor Roosevelt, Theodore Roosevelt, Woodrow Wilson, and, most importantly, Franklin Delano Roosevelt and the Great Depression. He would recount how his mother hung up two pictures on the wall, each one she said saved his life: Jesus Christ and FDR. His courses and his students brought him immeasurable joy. He would often say that a day away from OLLI was a day away from happiness.

Anyone who knew Dr. Musser would remark on his quick wit and charming sense of humor. He was known for his generosity and his passion for higher education.  He is survived by his wife, Martina Musser; his three children and two step children, Jeri Musser-Stamm, Anastasia (Stacie) Musser, Grant Musser, Jerri (Phillips) Meldrum and Jeanie (Phillips) Lafferty. He is also survived by one granddaughter and four step-grandchildren: Anna, Allison, Kristen, Bruce and Hunter. The incomparable A Wendell Musser, M.D., whose essence cannot be captured in these few words, will live on in the hearts of his family, his friends, and his students.

Offer Condolence for the family of A Wendell Musser 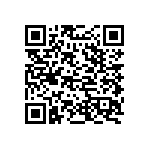