On September 24, 1960, a baby boy was born to Richard David Currin, Sr. and Anne Bryce Currin at Granville Medical Center and was given the name of Richard David “Dave” Currin, Jr.  Dave always excelled in all that he did from a young age. He graduated valedictorian from J.F. Webb High School in 1978, he attended and graduated from NC State University with a BS degree and later joined the startup company, Hydro, Inc. in RTP where he became the CEO in 2002.   Dave brought the company to the forefront of industry with the advent of commercially purified water systems which have been sold and installed in some of the largest industries on the eastern US coast.

Dave always held securely to his faith and trust in his Lord and Savior, Jesus Christ. He became a member of Hester Baptist Church at a young age and he has supported the church’s progress and growth and held multiple offices; such as Church Clerk, Sunday School teacher, Trustee, Deacon, Pianist and participation in the children’s’ activities as he entertained them with his horses and buggy or wagon on many occasions. Dave assisted in organizing the Granville Ramblers, which was a horseback riding group of more then a hundred people.

Dave has been elected County Commissioner in every election cycle since 1996 and has served as Chairman for multiple years. During his chair, the county has seen a period of significant growth in industry and much improvement of the infrastructure. He served for a number of years of the SGWASA, which resulted in tremendous improvement to the Creedmoor area water supply.  Dave also served on the Board of Trustees for Granville Medical Center and has been a cornerstone of many of the innovative transitions that have been accomplished. Dave always knew when an emergency, an accident or other need arose and assisted all of the citizens of Granville County. He was always the first to arrive to lend a helping hand or to comfort those in distress.

Maintaining friendships that he continually developed since childhood was an important aspect of Dave’s life. The love and devotion of his family, friends and constituents have proved to the genuineness of his personality.  His personality shown as he has laughed, joked, and prayed with those in stressful situations; told stories of laughable happenings and pulled pranks on some of his closest acquaintances.

Dave’s true occupational love was farming, and he did an admirable job of providing for the menagerie of farm animals; which included his horses, cattle, chickens, pony, cats, dogs and any other stray animal that had the good luck of being dropped off at his home. Dave spent untold hours at his Company making sure that the production there was performed correctly and timely.

Dave enjoyed his brother, John and many cousins, most of whom are in his age range. They would rush to catch a fish once the hay was cut, baled and in the barn, all this before organizing a horseback ride to the far reaches of North Carolina.

As a gentleman recently overheard Dave’s conversation with his aunt, Manie Currin, the acquaintance became curious and asked Dave, … “whom he had just been talking with”, to which Dave answered that is was his “aunt”. Delving deeper into the “who is it?” question, Dave was asked, “Well, how is she your aunt?”  Dave answered, “Aunt Manie is my aunt through love.” Dave was the personification of real and abiding love.

When the physical and emotional pain became so severe that he could not climb his way out, of the deep valley of illness; which worsen daily, he went home to heaven to rest with God the Father; Dave’s Savior, Jesus Christ and the Holy Spirt on Wednesday, May 22, 2019.

A memorial service honoring a life lived to the fullest will be held on Saturday, June 1, 2019 at 11:00 am located at his church, Hester Baptist Church, 6581 NC Hwy 96 North, Oxford, NC. The family will receive guests in the church fellowship hall immediately following. A private cremation ceremony was previously held. 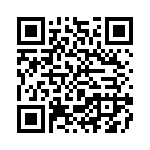