Nancy Mae Stone Smith, 87, of Stem, NC died peacefully at her home on April 30, 2019 at 12:10 pm after struggling through years of dementia, two hip replacements and a recent leg amputation.

On Christmas Eve 1949, Nancy had her first date with whom would become the love of her life, James I. “Cap’n” Smith. They were married February 28, 1953.  They had two children, Stephen and Cindy.  This past February Jim and Nancy celebrated 66 years of marriage.

Nancy enjoyed being a stay at home mom for 15 years and then taught business education at South Granville High School for 21 years.  She served as the yearbook advisor for 10 years before she retired from SGHS in 1990.

Nancy was very involved in the lives and activities of her husband, children and community.  She was Editor of the Angus Handbook for 4 years, Editor of the NC Gelbvieh Handbook for 2 years and attended over 60 consecutive NC State Fairs to support Jim’s love and involvement of agriculture.  She was Jim’s “Girl Friday” who kept up with the clerical duties of the Angus farm, Janastci.  At most any cattle event, when you saw Jim, Nancy was nearby. She was a Den mother when Stephen was in cub scouts and a Brownie leader when Cindy was a Brownie.  She was a dedicated sidekick for Stephen traveling to and working at many craft shows, and a loyal supporter of Cindy for many years at the NC Professional Photographers events.

Nancy previously served as President of the Little League Athletic Association, Chairman of the Granville Country Juvenile Crime Prevention Committee, and served 33 years with the Granville Country Crime Stoppers. Nancy served on the CA Dillon Advisory Council and also volunteered as a Guardian Ad Litem for several years. Nancy completed and earned the Death and Grief Studies Certification through Colorado State University in 2008. But the closest to her heart was volunteering for Hospice for 25 years.

Nancy loved the Lord and served as a Sunday school teacher for many years at Butner Methodist Church, as well as served on several church committees.  Not to mention selling pumpkins, bamboo jewelry, Christmas candles and chocolate Easter Eggs for fundraisers for the church!  She was most recently a member of Enon Baptist Church in Oxford.

Sister in laws Melva Smith and Brenda James; Brother in Law Frank Smith; three Nieces, four Nephews, eight Great Nieces and five Great Nephews including her Great Niece Jessica James of Walnut Cove who was a dedicated companion to Nancy for the past several years.

Flowers are welcomed or Memorial contributions can be made to Enon Baptist Church, 2298 Enon Road, Oxford, NC  27565; Granville Country Crime Stoppers, 2792 Hallie Burnette Road, Oxford, NC 27565, “Hospice”, or the charity of your choice.

Offer Condolence for the family of Nancy Mae Stone Smith 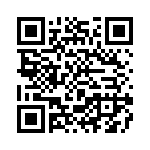