Marion Norris Grabarek passed away peacefully at her home on Wednesday, January 17, 2018. She was born September 29, 1920, the daughter of the late Dr. and Mrs. Carl Pritchard Norris of Durham. She was educated in the Durham City Schools, graduated from Salem College, and attended Duke University Graduate School. On September 2, 1944, she married her beloved husband Wense Grabarek who survives her, as do her four cherished children Robert (Bob) W. Grabarek Jr. and wife Mary Anne, Louise (Lisa) Norris Grabarek, John Carl Albert Grabarek, and David Harrison Grabarek. Marion is also survived by her treasured nine grandchildren and six great-grandchildren, as well as several nieces, nephews, cousins, and dear friends. Sisters-in-law Helen Grabarek, Wanda Ogurkis, and Clara Kownacki also survive her.

Marion was the last of Durham’s Norris Girls. She was predeceased by her two dear sisters and their husbands, Mary Norris Cooper (Derwin) and Louise Norris Rand (Trip).

Following in the footsteps of her parents and two older sisters, Marion was a devoted member of Watts Street Baptist Church. In addition to being a den mother for Watts Street’s cub scouts, Marion was active in the Tilman Bible Class and her circle, and she taught Sunday School classes at Watts Street for over 50 years.

Marion was gifted in areas as varied as painting, pastel drawing, needlework, acting, architectural design, sports, gardening, and plumbing. Her commitment to the value of learning led her to the establishment with her husband of nine educational scholarships. An avid reader, she was a long-time member of the Halcyon Book Club. Marion also enjoyed her work with the Junior League of Durham and Allied Arts.

Kindness was the essence of Marion’s soul. Humility and a delightful sense of humor were hallmarks of her spirit. Her caring nature and gentle smile touched the lives of all who knew her. Marion was indeed “what sweetness looks like.”

The family is deeply grateful to Marion’s loving caregivers, especially Sarah Spencer-Bey, whose devotion to Marion was steadfast.

Following a private interment, a memorial service will be held on Saturday, January 27 at 11:00 a.m. at Watts Street Baptist Church in Durham. The family will receive visitors at a reception in the Fellowship Hall following the service.

Marion asked that each of us honor her memory by committing ourselves to honoring and being kind to each other.

Offer Condolence for the family of Marion Norris Grabarek 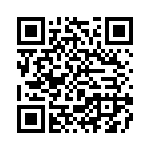