He was the son of the late Milton Carlyle Blackley and Lillie Mae Gordon Blackley.  He was preceded in death by his only daughter, Cynthia Blackley Farabow.

David retired from Butner Public Safety as a Captain after 30 years in 1985.  His dedication to law enforcement continued as he served part time as a Bailiff for the Granville County Sheriff’s Department for many years. The family would like to give special thanks to Debbie Gurley and Lisa Little for their compassionate care.

Services will be held at Corinth Baptist Church Tuesday, February 21st at 2pm. Burial will immediately follow in the church cemetery.  The family will then receive guests in the church fellowship hall.

The Blackley family is under the care of Gentry-Newell & Vaughan Funeral Home in Oxford.

Offer Condolence for the family of David Phillip Blackley 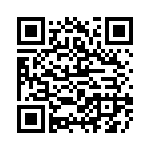