CHAPEL HILL: Sally Kooistra Ransford passed from this life at home in the early hours of January 10, 2017. Mourning her loss but celebrating her life and future are her husband of 51 years, Paul; her three daughters and their spouses, Kristin and Hans Hiemstra of Chapel Hill, Becca and Lee Champion of Charlotte, and Julie and Aaron Leon of Raleigh; her grandchildren, Haley and Zoe Hiemstra, Paul and Luke Champion, and Hunter and Cooper Leon; her beloved sister, Sandy Kooistra of Chapel Hill; and scores of friends and acquaintances.

Sally battled ovarian cancer for 5 gritty years. She was as determined in treatment as she was on the tennis court, where she relished every moment. She was a courteous but tenacious opponent.

Sally was born November, 22 1943 in Grand Rapids, MI, where she attended the Christian Schools, and later graduated from Hope College, Holland, MI. She met future husband Paul who escorted her as freshman nominee to homecoming court. Sally later went on to serve as head cheerleader, May Day queen, and began her love affair with tennis.

First daughter, Kristin, was born the morning after Sally played 3 sets of tennis. Second daughter, Becca, was born in Decatur, AL where Paul served as pastor of Covenant Presbyterian Church. Sally was fully involved in the activities of the church, the League of Women Voters and became a state-ranked tennis player. After Decatur, the family moved to the Chicago area where Paul served as director of Manitoqua Ministries. Sally was a fulltime mom to now 3 daughters, as youngest daughter, Julie, joined the family.

In 1982 the Ransfords moved to Chapel Hill, where Sally became a successful real estate agent. She joined Chapel Hill Tennis Club, which became her second home. She loved University Presbyterian Church and Westminster Presbyterian Church in Durham, where she became an industrious volunteer in disaster relief, making trips to Katrina relief sites, and sites in North Carolina and Tennessee. 3 weeks before her death Sally was delivering gifts for Share Your Christmas, which she had done for 10 years with Westminster Church.

Sally loved her family and friends, saying she had no regrets throughout a full, loving and productive life.

A Service of Witness to the Resurrection will be 11:00 AM Saturday in Westminster Presbyterian Church. Private cremation will follow the funeral. Friends will be received 6-8 PM Friday in the church fellowship hall. Gifts in Sally’s memory may be made to Ovarian Cancer Research Fund Alliance (ocrfa.org) or to Westminster Church Disaster Fund, c/o Westminster Presbyterian Church. Arrangements are with Hall-Wynne Funeral Service.

Offer Condolence for the family of Sally Kooistra Ransford 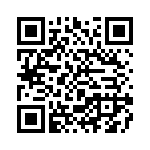