Born November 19, 1924, in Manhattan, New York, Tom lived a long, productive life as a devoted son, brother, husband, father, uncle and grandfather. Tom was predeceased by his parents Patrick and Mary Mulligan Fitzpatrick and three brothers – Charles, John and James and his beloved wife, Margaret McDonald Fitzpatrick. Tom and Marge were married on September 15, 1951, and until his last day, Tom noted that this was “the best day of my life.” Tom and Marge are survived by their loving family who are deeply grateful for the example of devotion, faith and service that they lived every day. Surviving them are five children: Maureen Gonzales, Colleen Fitzpatrick (Fred Pugsley), Eileen Fitzpatrick, Kathleen Gallagher, and Thomas M. Fitzpatrick (Priscilla), 11 grandchildren: Harold and Caitlin Gonzales, Clare and Fritz Pugsley, Erin and Robert Christopher, Shannon, Sean and Thomas Gallagher, Frankie and Grace Fitzpatrick and four great-grandchildren.

A first generation Irish American and proud New Yorker, Tom completed his undergraduate degree at the College of the City of New York and graduated with honors from the New York University Law School. He and Marge raised their family in Alexandria, VA, where Tom devoted his career to public service, rising from staff attorney to Chief of the Hearing Division and finally Chief Judge of the Federal Communications Commission, over a 38-year career with the federal government.

In retirement, Marge and Tom relocated to Myrtle Beach, SC. Throughout their lives together, Tom and Marge were active members of every Catholic faith community they joined, serving in multiple volunteer roles.

Visitation for family and friends will be at Hall-Wynne Funeral Service in Durham on Wednesday, June 29 from 5:00 to 7:00 p.m.

Mass of the Resurrection will be celebrated on Thursday, June 30 at 10:00 am from Immaculate Conception Catholic Church.

Arrangements for the Fitzpatrick family are under the care of Hall-Wynne Funeral Service. Online condolences www.hallwynne.com

Offer Condolence for the family of Thomas B. Fitzpatrick 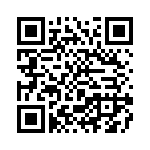