Mrs. Betty Tripp, 81, died Tuesday afternoon, March 3, 2015 at The Laurels of Chatham in Pittsboro, NC. Betty was born January 12, 1934 in Lee County, NC. She was one of five children to Garland J. Richardson and Bertha Jeffries.  The family would soon relocate to Bynum.  Betty grew up with and grew to love her childhood sweetheart, Charles W. “Bum” Tripp.  They were married for 55 years, until his passing in 2010.  In addition to her husband, Betty was preceded in death by her parents, three sisters and a brother.

A viewing will be held at  1:00pm, Friday, March 6, 2015 at Rock Springs Baptist Church in Pittsboro, NC.  The funeral service for Mrs. Tripp will begin at 2:00pm, with the Rev. Wesley Thomas officiating.  Burial will follow in the church cemetery.

Offer Condolence for the family of Mrs. Betty Tripp 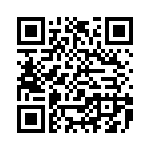