Tony Morris Turner, 56, died November 15, 2014. He was the son of Marie Green Turner and the late Jasper Morris Turner.

In addition to his mother, Tony is survived by his son, Dylan Turner of Mebane; step-son, Joshua Cherry of Mebane; his brothers, Marcus Turner and wife, Iris, of Raleigh and Roby Alan Turner of Durham; a sister, Phyllis Lutterloh of Durham; and his brother-in-law, Harold Cleveland Wright. He is also survived by his nephews, Daniel, David , Jeremy, and Christian; and nieces, Dawn, Amy, Amanda, Abigail, and Brittany.

Offer Condolence for the family of Tony Morris Turrner 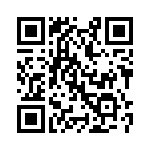