Dorothy Marie Foster (Dee) died August 3, 2018. She was born to the late Emil & Clara Albrecht Jorgensen on February 23, 1922. Dee attended Grinnell College in Iowa and graduated from Northwestern University in 1945. In 1947 she married James K. Foster and they shared 63 happy years together. In 1964 Dee & Jim moved to Durham and later became members of Trinity Avenue Presbyterian Church. Dee was dedicated to helping others by being generous with her time. For 12 years she donated her END_OF_DOCUMENT_TOKEN_TO_BE_REPLACED

Dorothy Dillard Burns, age 84, died peacefully on August 9, 2018 at Forest at Duke in Durham. Dottie was born on February 20, 1934 to Stark Spotswood and Alice Walker Dillard. She was one of 3 children and is survived by her adopted brother David Paige Dillard. Dottie spent her childhood years in Greensboro, where in 1926 her father founded Dillard Paper Company. She loved living on her parents’ farm and was an avid equestrian. Later, she attended Marjorie Webster Junior College in END_OF_DOCUMENT_TOKEN_TO_BE_REPLACED

Paul Holmes passed away on July 11th at his home in Durham, NC, at the age of 84. He was well known in this area as a pianist and the owner of Emerald Gardens Florist. He was born May 31, 1934 in Knoxville, TN to Georgia Lee and William Bruce Holmes, Jr. Five years of his early life were spent in Charlotte, NC where he started school and piano lessons. An early school excursion took him to a performance of the North Carolina Symphony and this experience was a dynamic influence on him choosing END_OF_DOCUMENT_TOKEN_TO_BE_REPLACED

Harry Thurman McPherson, 92, died at home Wednesday, August 8 of natural causes. He was born January 9, 1926 in Walnut Cove, North Carolina to Gladys (Wheeler) and H. Russell McPherson.  He graduated from Walnut Cove High School with the last class of public school students to have completed 11, not 12, years of schooling. He entered Duke University in 1942 at age 16 on a combined undergraduate and medical school curriculum, graduating from Duke Medical School in 1948.  Dr. McPherson was a END_OF_DOCUMENT_TOKEN_TO_BE_REPLACED

Jerrell (Jerry) Cates Colvard, age 89, went home to her Lord Jesus Christ on August 7, 2018 after a prolonged illness.  She was preceded in death by her loving husband of 58 years, "J" Colvard, in 2010. She graduated from Durham High School in 1947 and was a member of Trinity Bible Class at First Baptist Church. She is survived by her sons David (Lynn) Colvard and Douglas (Amy) Colvard and daughter Nancy C Frantel; four grandsons, two granddaughters, and a great-grandson due in END_OF_DOCUMENT_TOKEN_TO_BE_REPLACED

William A. Weed, Jr. (Bill) passed away on August 4, 2018. He was born July 23, 1925, the son of the late Bonnie Gilmore Weed and William A. Weed, Sr. of Columbus, Georgia. He was predeceased by his sisters, Gerry Weed Blackman and Mary Weed Perry. Bill is survived by his wife, Earline Hendrix Weed; a son, William A. Weed, III of Durham, NC; a daughter, Angela Weed Harris and her husband Timothy E. Harris; a grandson, Matthew T. Harris of Spotsylvania, VA; a granddaughter, Elizabeth Lauren END_OF_DOCUMENT_TOKEN_TO_BE_REPLACED

OXFORD January 2, 1923--August 4, 2018 Maria Kerr Blackwell departed this life on August 4, 2018 at her home in Oxford. Maria was the daughter of Frances Worthington Taylor and Graham Waverly Harris.  She married Luther Devin Blackwell, Jr. on October 9, 1948 and they enjoyed many years together until his death on October 31, 1996. Maria attended Women's College of Greensboro, worked at Camp Butner during World War II, and was secretary to the principal of J. F. Webb High END_OF_DOCUMENT_TOKEN_TO_BE_REPLACED

Joseph Frank Podgurski, 90, was taken from us by God’s angels on August 3, 2018. His suffering has ended, and he has joined our Mom. Joe was born and raised in Philadelphia. After high school, where he was the band’s Concert Master. He enlisted in the US Navy, serving in WW ll.  Following discharge, Joe met the love of his life, Pauline. They married May 8, 1949 and spent 65 years together. Our Dad was an active member of his beloved church, St. Vladimir Ukrainian Orthodox Cathedral in END_OF_DOCUMENT_TOKEN_TO_BE_REPLACED

Kay Nell Creech died peacefully on August 2, 2018. She was born on April 20, 1939 in Durham, NC and raised in Chapel Hill, NC. She was born to the late James Ernest Maddry and Katherine Collins Maddry. Kay graduated from Chapel Hill High School in 1957 and attended Appalachian State University for one year. Kay spent most of her life as a homemaker. She enjoyed playing the piano, reading and being an active member of her church, Orange United Methodist Church in Chapel Hill. She had a love for END_OF_DOCUMENT_TOKEN_TO_BE_REPLACED 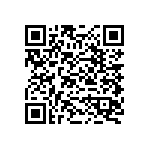