DURHAM - Corazon Clemente Manares, age 69, died Saturday, May 28, 2016 at home surrounded by her loving family. Corazon was born in Manila, Philippines to the late Alfred Mauricio Clemente and Feliza Pascual Clemente on August 12, 1946. Cora Manares was a little girl from the Philippines who had big dreams when she grew up - go to the U.S. to become a recognized medical professional, marry the perfect man, and have a beautiful family. Cora’s goals started to become reality when she graduated END_OF_DOCUMENT_TOKEN_TO_BE_REPLACED

DURHAM: Malcolm Henderson Rourk, III, 53, died May 26 in Duke Regional Hospital from injuries resulting from an accident April 2, 2016. Born May 5, 1963 in Philadelphia, PA, he was the son of Malcolm Henderson Rourk, Jr. MD, and Jane Davis Rourk of Durham. Malcolm graduated from Culver Military Academy, Culver, IN, after which he attended Centre College in Danville, KY. He was a member of Sigma Chi fraternity. Malcolm was an organizing member of the Durham Boychoir, now North Carolina Boys END_OF_DOCUMENT_TOKEN_TO_BE_REPLACED

Dr. Brian Edward Nicoll, 58, died May 24, 2016 at his home in Chapel Hill, surrounded by his loving family. Brian was born in Augusta, GA, son of C. Robert and Carol Lee Duckwall Nicoll. After graduating high school in Binghamton New York he enlisted in the Air Force and was assigned to the Defense Language Institute in Monterey California. It was there that he received an appointment to the Air Force Academy in Colorado Springs. His education continued at the University of Nevada, Las END_OF_DOCUMENT_TOKEN_TO_BE_REPLACED

DURHAM: Mary Ann Evans Roe, 78, died Friday at Spring Arbor following a long decline. She was born June 14, 1937 in Pueblo, CO to Guy and Kathryn (Dudley) Evans. With parents who insisted on the finest education, Mary Ann came to Duke University for college, where she met her former husband. She raised her children in Durham and remained in Durham until her death. Mary Ann Roe lived her life for the wellbeing of others. She had a deep sense of mission for the disadvantaged, with a passion END_OF_DOCUMENT_TOKEN_TO_BE_REPLACED

Dr. Robert “Bob” G. Kunz, Ph.D. PE, age 76, died Thursday, May 19, 2016 at Duke Medical Center surrounded by his loving family. Bob was born in Brooklyn, NY to the late Louis J. and Ruth Crandall Kunz on November 20, 1939. Bob was a Chemical Engineer who specialized in environmental issues. His professional career included work at Air Products and Chemicals, Esso Research and Engineering, and most recently consulting. Bob was the author of 2 technical engineering books, and multiple peer END_OF_DOCUMENT_TOKEN_TO_BE_REPLACED

Phonetta Adcock Leavell, age 93, died at home surrounded by her loving family on May 17, 2016 in Durham, N.C. She was the daughter of William Frank and Beatrice (Ragan) Adcock of Durham. Born on December 26, 1922, Phonetta was a graduate of Durham High in 1941. After the end of WWII, she joined her father and husband in the family business Adcock Restaurant located on Church St. in Durham where she served as cashier. She was foremost a mother and homemaker; caring for her family. Phonetta END_OF_DOCUMENT_TOKEN_TO_BE_REPLACED

Margaret Noble, age 78, died with family by her bedside on May 16, 2016 at her home in Hillsborough, NC. She was the daughter of Eugene and Margaret Casey of Granby, Connecticut. Margaret was a dedicated educator, receiving her Bachelor’s Degree at St. Joseph’s University in Hartford, CT and then her Master’s Degree at Southern Connecticut University. Serving the U.S. Department of Defense for 20 years, she had the opportunity to teach both the children of armed services members as well as END_OF_DOCUMENT_TOKEN_TO_BE_REPLACED

Dr. John Hutchman DuVal, Sr. passed away Thursday, May 12, 2016. John, originally from St. Louis, MO, lived with his family in Durham, NC since 1973. John was born in Belleville, IL on February 5, 1950 to the late Frank Hutchman DuVal and his wife Maryann. He was a loving husband, father, grandfather and brother who was a true friend to anyone that was fortunate enough to meet him. He was proud of his entire family, but he was especially proud of his grandchildren. John was a lifelong END_OF_DOCUMENT_TOKEN_TO_BE_REPLACED

JB Shelton-Spurr, 68, died in the comfort of her Raleigh home on Thursday, May 12, 2016. A celebration of life service will be held on Sunday, May 15, 2016 at 2:00pm at St. Stephen’s Episcopal Church, 140 College St, Oxford, NC. A private cremation ceremony was previously held. Her cremated remains will be inurned on Saturday, May 21, 2016 at 3:30pm at Elmwood Cemetery (Section P), Charlotte, NC. Funeral arrangements are by Gentry-Newell & Vaughan Funeral Home of Oxford, NC Online END_OF_DOCUMENT_TOKEN_TO_BE_REPLACED

Ruth McMillian Daniel, 95, of Oxford, passed away peacefully on Saturday, May 7, 2016. A native of Alleghany County, daughter of the late Richard Bruce McMillian and Maude Shepard and wife of the late Dr. L. S. Daniel. Ruth M. Daniel was a member of the Oxford Baptist Church, a graduate of Sparta High School and then attended Nursing School at the City Hospital of Winston Salem, where she met her husband of 75 years; moving to Oxford in 1946, she became a homemaker raising her family of 3 END_OF_DOCUMENT_TOKEN_TO_BE_REPLACED 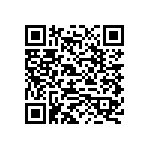