Nelda Mae Suggs, 78, died Saturday, January 17, 2015. Born January 21, 1936 to the late Henry and Mabel Phillips, she was a life resident of Durham. Nelda was employed at Clyde Grocery Store, Kress Drug Store and the R. Davis Thomas Center. She enjoyed helping people, she was always concerned for others and enjoyed conversing with people. Nelda was a member of Immanuel Holiness Mission Church. Beside her parents, she was preceded in death by her husband. Surviving are: a son, Mark Suggs and END_OF_DOCUMENT_TOKEN_TO_BE_REPLACED

FRANKLINTON: Daphine Pendleton Preddy, age 75 died January 16, 2015 in Franklin Medical Center. She was a native of Franklin Co. and was the daughter of the late Ernest Morris and Mary Helen Ross Pendleton. Daphine was a retired Mental Health Technician at John Umstead Hospital in Butner, NC and a member of Mt. Olivet Baptist Church. Surviving is her husband of 56 years, Joseph A. (Buddy) Preddy; son Rodney Preddy of Franklinton, NC (April Cobb of Roxboro, NC); daughter, Janet Legg (Sam) of END_OF_DOCUMENT_TOKEN_TO_BE_REPLACED

OXFORD: Peggy Hobgood Jordan, 74, passed away peacefully at her home on January 17, 2015. She is survived by her husband of 56 years, Merrill Jerome Jordan. She was preceded in death by her parents Ray and Gertrude Puckett Hobgood. She is also survived by her son Doug Jordan of Roxboro, her sister Becky Noel (Ronnie) of Oxford, and a grandson Grant Jordan. Her grandson, Ian Jordan, preceded her in death. Peggy worked for the state of North Carolina for forty years, retiring from C. A. END_OF_DOCUMENT_TOKEN_TO_BE_REPLACED

Thomas Eugene Farmer died peacefully at his home in Pittsboro, NC on January 14th, 2015. Thomas was born in Dayton, OH on March 5, 1937. He graduated from Greenville High School in 1955, where he played football, tennis, basketball and track. That’s where he met Joyce Elaine Harter. They were married on December 21, 1958. He went on to graduate from Wittenberg University in 1960, with a BA in Physics. He had a distinguished corporate career, becoming an expert in the telecommunications END_OF_DOCUMENT_TOKEN_TO_BE_REPLACED

Betty Jane (B.J.) Seitzer a resident of Carolina Meadows retirement community of Chapel Hill, NC died on January 15th, 2015 at the age of 86. Born in Brocton, NY on February 17, 1928, the daughter of Elizabeth and Richard Wardner, she was a graduate of Spalding College of Louisville, KY and received a Master’s in Library Science from the University of Pittsburgh. She was a retired teacher and librarian and continued as a volunteer librarian at Durham County Library until 2010. She was a member END_OF_DOCUMENT_TOKEN_TO_BE_REPLACED

Harry M. Kalaitzoglou, 87, died Wednesday, January 14, 2015. Born in Greece, he has resided in Durham since 1984. Harry retired, after 20 years, as a General Manager with Ramada Hotels, he also owned and operated Crossroads Restaurant in Durham in the early 1990’s. He was an active member of St. Barbara Greek Orthodox Church in Durham. He was preceded in death by his wife, Angeline, a brother, Art and sister, Anna. Surviving are: three children, Nicholas, Michael and Julia Kalaitzoglou; seven END_OF_DOCUMENT_TOKEN_TO_BE_REPLACED

Lois Harris Moore died peacefully at her home on January 12th, 2015. Lois was born in Apex NC on November 12, 1924. She is preceded in death by her father and mother, Fabius and Floyda Seagroves, her husbands Joseph Prichart Harris and James Sidney Moore, her daughter Ann Virginia Harris and her granddaughter, Tanya Kay Jennings. She is survived by her daughters, Cathy Jo Harris and Mary K Harris and son in law Gerald Blount, her granddaughters, Sarah Davis and Amy St. Louis and husband END_OF_DOCUMENT_TOKEN_TO_BE_REPLACED

DURHAM –Mary Virginia Andrews, age 90, of Durham died Sunday, January 11, 2015. Virginia was born December 9, 1924 in Wayne County to the late Zebulon C. Andrews and Lillian Cobb Andrews. She was a member of First Baptist Church and the Joy Sunday School Class. Virginia is survived by several nieces and a nephew. Graveside services will be held 11:00am Tuesday, January 13, 2015 in Maplewood Cemetery, section 16. Friends may visit prior to the service on Tuesday from 9:30 – 10:30am END_OF_DOCUMENT_TOKEN_TO_BE_REPLACED

Howard Weaver, Jr., 72, passed away in his home, Friday, January 09, 2015. He was born January 12, 1942, in Mahoning County, Ohio, to the late Howard Weaver, Sr. and Mary Louise Turnbull. Mr. Weaver was a local building contractor and former District Boy Scout Leader of Pack 0970. In addition to his parents, Mr. Weaver was preceded in death by his sister, Clara Zigler of Ohio. He is survived by his loving wife of 29 years, Ann Weaver of Pittsboro; is sons, Nicholas Weaver, Sr. of END_OF_DOCUMENT_TOKEN_TO_BE_REPLACED

CHAPEL HILL -Edwina (Winnie) Brown, 87, passed away in Chapel Hill, NC on January 9, 2015 after over a decade of struggling with Alzheimer’s disease. She was born in Summit, NJ to Edwina K. Leathem and John C. Leathem. She graduated high school from Kent Place School and majored in Chemistry at Cornell University and Erskine College. While attending graduate school in chemistry at Rutgers University is when she met her future husband William E. Brown. After their marriage, she worked as a END_OF_DOCUMENT_TOKEN_TO_BE_REPLACED 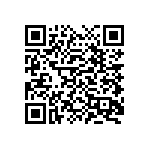