OXFORD: Johnny Lowe Norwood, age 57 died November 8, 2014 at his home. He was a native of Durham Co. and was the son of Betty W. Norwood and the late Billie Eugene Norwood. Johnny was of the Baptist faith and a veteran of the US Navy. Graveside services will be conducted Wednesday November 12, 2014 at 11:00 AM at Hester Baptist Church Cemetery by Rev. Alex Gallimore. Burial with military rites. Surviving in addition to his mother, are two brothers, Rodney Blake Norwood (JoAnne) of Raleigh and END_OF_DOCUMENT_TOKEN_TO_BE_REPLACED

Oxford: James Robertson Fortune, Jr. was born April 5, 1938 in Baltimore, Maryland and died peacefully November 6, 2014 in his home in Oxford, NC, at “The Salad Patch”. He was the son of the late Rev. James R. Fortune, Sr. and Juanita Cox Fortune. Survived by his wife, Gloria Jean Bass-Fortune; son, Donald Tomlinson Fortune & wife, Crystal Loving Fortune; grand-daughter, Heather Lynn Fortune, beloved family and friends. Jim was known by many as “Yellowbird” or “Bird”. Jim was a graduate of END_OF_DOCUMENT_TOKEN_TO_BE_REPLACED

William R. Guthrie, 73, of Durham died Tuesday, November 4, 2014 surrounded by his loving family. Born February 25, 1941 to the late Willie Lee and Margaret Vincent Guthrie. He worked for many years as a pipe fitter and in the HVAC business before joining his wife in owning and operating Kim Son Vietnamese in 1985. William was a communicant of Holy Redeemer Catholic in Wake Forest. He was a US Army veteran. William was an avid fisherman and enjoyed doing puzzles. He was preceded in death by his END_OF_DOCUMENT_TOKEN_TO_BE_REPLACED

George Edward Steward born April 20, 1923 died November 1, 2014 with his family by his side. He is survived by his wife, Suzanne Steward; his brother, Tom Steward; and his daughters, Laura, Lisa, Elaine, and Peggy; his grandchildren, Sean, Scott, Caroline and Jeff; and great-grandchildren, Jackson, Taylor, Grant and Pierce. George was a World War II Veteran in the Ghost Army. He was a 1951 engineering graduate of NYU and district manager for Fafnir Bearings, in New Britain, CT. Funeral END_OF_DOCUMENT_TOKEN_TO_BE_REPLACED 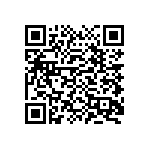