Callie F. Phillips of Richmond, VA passed away on February 19, 2014. She is survived by her sister, Myrtle Whitehead; brother, Roscoe Farrell Jr.; daughter, Vickie Phillips; and numerous nieces and nephews. A celebration of Mrs. Callie Phillips life will be at 1:00 PM Saturday March 1, 2014 at Hanks Chapel, UCC. The family will receive friends after the service in the church fellowship hall. END_OF_DOCUMENT_TOKEN_TO_BE_REPLACED

DURHAM – John Charles Herrman, 65, of Durham died Tuesday, February 18, 2014 at his residence. A native of Plainfield, NJ, he was the son of the late William L. Herrman and Eleanor Smith Herrman. John served in the U.S. Air Force for four years, including a three year tour in Germany, after which he attended X-Ray School at Muhlenburg Hospital and then continued his education at the Duke University Medical Center Nuclear Medicine Program. He was recently retired from Duke University END_OF_DOCUMENT_TOKEN_TO_BE_REPLACED

END_OF_DOCUMENT_TOKEN_TO_BE_REPLACED

Mrs. Minnie DiSclafani Sasso, 95, peacefully passed away in her home, early Sunday morning, February 16, 2014. A native of Palermo, Sicily, Minnie was born March 11, 1918, the third daughter to the late Antonio And Gemma Olori DiSclafani. At three years of age, her family made the pilgrimage to America. In fact, she spent her third birthday at Ellis Island, NY awaiting to be released from the small pox quarrentine that the ship she had traveled on had been placed under. As she got END_OF_DOCUMENT_TOKEN_TO_BE_REPLACED

OXFORD: Richard William Claydon, age 81, died Saturday, February 15, 2014 at Granville House. A native of Troy, NY, he was the son of the late John W. Claydon and Madalene Ralston Claydon. He was a member of Stovall United Methodist Church, one of the founders of ACIM and former treasurer. Richard retired from G. E. Corporation in Stamford, CT in 1992 after 30 years of service and was a veteran of the US Navy. Funeral services will be conducted on Wednesday, February 19, 2014 at 2:00 PM from END_OF_DOCUMENT_TOKEN_TO_BE_REPLACED

OXFORD: Edith Hilton Whitt, age 80 of Oxford, died Thursday, February 13, 2014. A native of Granville County, she was the daughter of the late Cecil and Mabel Myers Hilton and widow of Romie Whitt. Edith was a member of Mt. Zion Baptist Church and a homemaker. She also operated "Miss Edith's" store for a number of years. Funeral services will be conducted at 3:00 PM on Sunday, February 16, 2014 at Mt. Zion Baptist Church by Reverend Keith Williams. Burial will follow in the church END_OF_DOCUMENT_TOKEN_TO_BE_REPLACED

Mrs. Lottie Hinsley Cook passed away early Wednesday afternoon, February 12, 2014 in Siler City, NC. A native of Wake County, NC, Lottie was one of seven children born to the late Paul Hinsley and Lucy Hussey Hinsley. She had a love of Bluegrass music and telling jokes. She was an amazing cook known for her fried chicken tenders, fried peach pies, and cold oven cakes. In addition to her parents, Mrs. Cook was preceded in death by two of her brothers, Gerald and Paul Hinsley, and her sister END_OF_DOCUMENT_TOKEN_TO_BE_REPLACED

FRANKLINTON: Edward Francis Collery, 84, of Franklinton, died Tuesday, February 11, 2014, at Wake Medical Center surrounded by his loving family and friends. He was the son of the late John and Madeline Collery of Bergan County, New Jersey. He was a devoted father, a kind-hearted friend, and a helpful influence in his community. Edward was predeceased by his wife, Dorothy Bragg Collery, son Stephen Edwin Wade, and brothers, James, Joseph, John, and Michael. He is survived by his daughters END_OF_DOCUMENT_TOKEN_TO_BE_REPLACED

DURHAM: Mary Esther Williams Harward, 96, died at home Tuesday. A Durham native, she was born January 6, 1918 in Watts Hospital to Claude B. and Ruth Gentry Williams. Mary Esther was educated at George Watts Elementary School, Carr Junior High School and Durham High School. Following graduation in 1940 from Meredith College, she began a 37-year career as a third grade teacher, spending most of her tenure at Watts Street School. She adored children and will be remembered as one of Durham's END_OF_DOCUMENT_TOKEN_TO_BE_REPLACED

Karen J. Elkins passed away early February 10, 2014 at her home in Pittsboro, NC. Mrs. Elkins was preceded in death by her parents, Edward Alves and Delores Pimentel. Survivors include her husband, Joe Elkins; her son Ryan O'Rourke of Rhode Island; her brother Paul Alves of Arizona; her sister Cynthia Lembeck of New Jersey; her best friend, Karen Cordeiro of Rhode Island; her dog, Kallie-Pooh; and her cats, Natasha & Miki. A Service of Comfort will be held 1PM on Tuesday, February 18, 2014 at END_OF_DOCUMENT_TOKEN_TO_BE_REPLACED 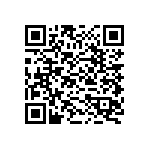