Born and educated in Great Britain, Patrick is a graduate of the University of Buckingham, England. He completed a Duke University Certificate in Paralegal Studies in 2007 and worked first for Legal Aide of Durham and later for Nick Galifianakis & Associates. His kind and gentle nature will be missed by all who met & knew him. Patrick leaves behind his family in England, his mother Gillian Toye and his father John Caulfeild, his sister Amanda Caulfeild and niece Grace Reynolds, his maternal END_OF_DOCUMENT_TOKEN_TO_BE_REPLACED

Mr. Lawrence "Red" Burnette, 94, of Margaret Louise Lane, Pittsboro, died April 27, 2011 at Chapel Hill Health & Rehab. Born February 24, 1917 in Chatham County, he was the son of Ralph Bynum Burnette and Flossie Griffin Burnette. He served in the US Army during World War II. "Red" was a member of Mt. Gilead Baptist Church in Pittsboro, and was a retired police officer from the UNC @ Chapel Hill Campus Police Department. Surviving are his daughters, Robbin Taylor and Cheryl Hains, both END_OF_DOCUMENT_TOKEN_TO_BE_REPLACED

Mrs. Susan Smith Braxton, 54, of Bagwell Farm Rd., Raleigh, died April 26, 2011 at the SECU Hospice House in Smithfield. Born in Siler City November 14, 1956, Susan was the daughter of Paris Hurley "Red" Smith and Arlene Beverly Smith. Formerly of the Pittsboro area, Susan was a retired insurance processing technician, and also was a member of Brown's Chapel United Methodist Church in Pittsboro. Survivors include her sons and daughters-in-law, Brian and Crystal Braxton of Raleigh; Christopher END_OF_DOCUMENT_TOKEN_TO_BE_REPLACED

OXFORD: Paul F. Kiesow, Jr., was born in New York City on January 7, 1928 and died April 26, 2011 in Oxford, NC. Paul was preceded in death by his parents Paul and Dorothea Kiesow, Sr. and his brother Daniel Kiesow. Surviviors include his wife Patricia, daughter Nancy Webb Charles, son Paul Kiesow III, four grandchildren and two great grandchildren. Paul spent his early life in Bellmore, NY, graduating from Mepham High School, then on to Alfred University in New York for a degree in ceramic END_OF_DOCUMENT_TOKEN_TO_BE_REPLACED

Henderson: Marcella Savala Rodriguez, age 52 died April 22, 2011 in Chapel Hill. She was a native of California and was the daughter of Rose Sapiens Savala and the late Santos Savala. Marcella was a house wife and a member of Victory Baptist Church in Durham. Funeral services will be held Sunday April24, 2011 in the Gentry Newell & Vaughan Chapel at 3:00 PM by the Rev. John Riggsbee. Burial will be in South Granville Memorial Gardens. Surviving is her husband Jesus Rodriguez;two daughters, Julia END_OF_DOCUMENT_TOKEN_TO_BE_REPLACED

Jack Richard Shivers, Sr., 63, died on Friday, April 22, 2011. Jack was born in Spalding County, GA to Nathleen and James Shivers on November 3, 1947. After college and in his early 20's, Jack began his career in the field of communication by joining the North Electric Company. Upon completing a contract job with Duke University, Jack accepted an offer to continue working directly with the University by joining Telcom. During his career, Jack was essential in the creation and installation of END_OF_DOCUMENT_TOKEN_TO_BE_REPLACED

Mrs. Doris Jean Bland, 76, of Pittsboro, NC died Tuesday, April 19, 2011, at home surrounded by her daughters following a prolonged illness. Doris Jean was born in Pittsboro on February 25, 1935, the only daughter of Vonnie Cook Bland and Mary Cornelia Harris Bland. Doris was educated at Pittsboro High School, and spent her career working with her predeceased husband, Dr. Lowell Williams in his dental office. Doris Jean later retired from Nations Bank Bank of America, and most recently home END_OF_DOCUMENT_TOKEN_TO_BE_REPLACED

Furman Ray Peace, age 68, died Monday, April 18, 2011 in the VA Medical Center in Durham. Born in Vance County, Furman was born to the late Willie and Nettie Faulkner Peace on March 4, 1943. Furman graduated from Louisburg College, attended N.C. Sate and later joined the U.S. Army where he proudly served in Vietnam and his country for twenty years until his retirement in 1988. Furman was an avid sports fan who enjoyed cooking and spending time with his family. He is survived by his three END_OF_DOCUMENT_TOKEN_TO_BE_REPLACED 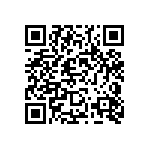