Rev. Crate Harrison Jones, Jr., 87, entered into Heaven Wednesday morning at Duke Medical Center. He was born in Louisville, KY and was the son of the late Crate Harrison Jones, Sr. and Ina V. Crenshaw Jones. He was a graduate of Mars Hill College, Wake Forest University class of 1946 with a BA Degree and the Southern Baptist Seminary, Louisville, KY. Crate married the love of his life, Harriett Congleton on August 28, 1948. He was pastor of Rolesville Baptist Church from 1958 -1965. They END_OF_DOCUMENT_TOKEN_TO_BE_REPLACED

Michael J. Tate, age 69, died Saturday, March 27, 2010 after a long and courageous battle with cancer. Mike was born in New York City, the son of the late Hannah and George H. Tate. He graduated from the University of Pennsylvania where he lettered in both football and baseball, and was a member of Sigma Chi. Mike also earned an MBA from Penn's Wharton School. During his forty-year business career, Mike held senior sales and marketing positions with the Colgate-Palmolive Company and several END_OF_DOCUMENT_TOKEN_TO_BE_REPLACED

Martha Chescheir Boren, age 81, died March 27 at UNC Hospitals of pulmonary disease. She was born in 1929 in Louisville, KY. She spent her first 11 years in Shanghai, China, where her parents were missionaries. She returned to the US in 1941 with her mother to avoid the Japanese invasion. After attending high school at St. Mary END_OF_DOCUMENT_TOKEN_TO_BE_REPLACED

Rougemont Mr. Robert T. Gilliland, age 68, of Rougemont, died, Friday, March 26, 2010, at Rose Minor Health Care Center in Durham. A native of Person County, he was the son of the late Walter Tune Gilliland and Pearl Jones Gilliland. Mr. Gilliland was a veteran of the U.S. Army and a former employee of Revlon. He attended Mt. Zion Baptist Church. Funeral services will be held on Sunday, March 28, 2010 at Mt. Zion Baptist Church at 3:00 P.M. by the Rev. Keith Williams. The family will receive END_OF_DOCUMENT_TOKEN_TO_BE_REPLACED

Mrs. Linda Faye Wright Montoya, 69, of Churchwood Lane, Pittsboro, died March 26, 2010 at her home. A native of Lee County, Mrs. Montoya was born August 12, 1940 to Premon and Thelma Rowell Wright. She grew up in the Bear Creek area of Chatham County. Mrs. Montoya traveled the world with her husband during his career in the US Air Force. During that time she was employed at Arizona State University. Upon relocating back to the Chatham County area some 20 years ago, she worked at the UNC at END_OF_DOCUMENT_TOKEN_TO_BE_REPLACED

Stuart Gordon Henderson, age 83, died peacefully Thursday evening, March 25, 2010, at Durham Regional Hospital surrounded by his loving family after being diagnosed with lung cancer. Stuart was born in Richmond, VA on September 27, 1926 to the late Jesse and Gladys O END_OF_DOCUMENT_TOKEN_TO_BE_REPLACED

Mrs. Martha Council Thrift, 97, formerly of Pittsboro, died March 24, 2010 at Genesis Eldercare Center in Mooresville, NC. Born in Chatham County on August 4, 1912, Mrs. Thrift was the daughter of Matthew Council and Dora Thomas Council. She was a member of Pittsboro Baptist Church and retired from Chatham Mills. Surviving are her Son and Daughter in Law, David and Betty Thrift of Terrell; Grandchildren, Robert Thrift and Ame Tilley of Surry County; Great-grandchildren, Victoria Tilley, Megan END_OF_DOCUMENT_TOKEN_TO_BE_REPLACED

Mr. Harold Thurman Seagroves, Sr., 85, of Old Graham Road, Pittsboro, NC died March 23, 2010 at his home following an illness of three weeks. Born July 29, 1924 in Chatham County, he was the son of James Fredrick Seagroves and Donnah Gertrude Dorsett. Harold was a 1942 graduate of Pittsboro High School. In 1943 he volunteered for the US Navy and was sent to Bainbridge Training Base to electrical school. He was later stationed in Florida and where he was put on an LST where he stayed the rest END_OF_DOCUMENT_TOKEN_TO_BE_REPLACED 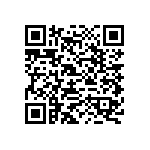