OXFORD: Mrs. Eleanor Puryear Lunsford, age 96, died Thursday, July 9, 2009 at Granville Medical Center. She was a native of Granville County and the daughter of the late John and Betty Overby Puryear. Mrs. Lunsford was a member of Trinity United Methodist Church and a homemaker. Funeral services will be conducted at 2:00 PM, Sunday, July 12, 2009 from Gentry-Newell & Vaughan Funeral Home Chapel by the Rev. John Yount. Burial will follow in Meadowview Memorial Park. Surviving are one son, END_OF_DOCUMENT_TOKEN_TO_BE_REPLACED

Jennifer Robertson Meza died Wednesday evening, July 8, 2009 at Duke Medical Center surrounded by her loving family after a valiant three year battle with cancer. She was 46 years old. Jenny was born in St. Joseph Missouri on July 27, 1962. She graduated from Northern High School in 1980 and was employed by Verizon for many years until her illness. Jenny was very athletic, loved animals and a friend to all her knew her. She will be missed dearly by all of her family and friends. She was well END_OF_DOCUMENT_TOKEN_TO_BE_REPLACED

Hughes Ernest Wilkinson III, of Washington D.C. left this life in his sleep on July 5, 2009. He was born on May 26, 1941 to Hughes Ernest Wilkinson Jr. and Annie June Faust Wilkinson in Durham and preceded in death by them. Hughes graduated from Northern High School in 1959 and Watts Hospital School of Radiology. He received his Radiologic Technologist licensure through the Commonwealth of Virginia Board of Medicine. He knew from an early age that he wanted to work in imagery and worked in END_OF_DOCUMENT_TOKEN_TO_BE_REPLACED

Stephen Patrick Russell Stephen Patrick Russell, 23, of Charlotte, North Carolina died in a drowning accident on Saturday, July 4, 2009 at Jordan Lake, North Carolina. Stephen was born on May 22, 1986 in Grand Falls, Newfoundland, Canada. He eventually moved from Newfoundland to Alberta, where among his other feats, he played AAA hockey. At the age of eighteen, his family moved to Charlotte, NC where he touched the life of everyone who met him in his new home. Stephen is survived by his END_OF_DOCUMENT_TOKEN_TO_BE_REPLACED

Charles H. "Chuck" Jones, age 83, died Thursday, July 2, 2009 at Durham Regional Hospital after several years of declining health. He was born in Kinston, NC to the late Ruben Samuel and Cledy Victory Russell Jones on May 15, 1926. Chuck spent most of his adult life in Durham where he worked for 35 years as a district representative for the ZIPPO Manufacturing Company until his retirement. A veteran of World War II serving in the U.S. Navy, Chuck was a long-time member of Duke's Chapel END_OF_DOCUMENT_TOKEN_TO_BE_REPLACED 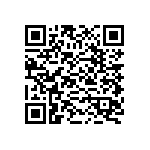