Edward Patrick Mahoney, professor emeritus at Duke University for 40 years, and a Catholic priest in the Diocese of Raleigh, died early morning January 8. Born November 3, 1932, he was the son of Patrick J. Mahoney, Sr. and Kathleen Brady. Father Mahoney is survived by his brothers, Patrick J., Jr., Kerry, Myles and Stephen. Friends may visit 2-5:00 and 6:30-8:00 PM Sunday at Hall-Wynne Funeral Service, with a vigil service to be said at 4:00 PM. A funeral Mass will be offered 11:00 AM Monday END_OF_DOCUMENT_TOKEN_TO_BE_REPLACED

Kathleen Chandler Morton of Franklinton died Thursday morning, January 8, 2009, at Franklin Regional Medical Center in Louisburg. She was 77 years old. Born in Vance County, Mrs. Morton was a beloved mother and grandmother. She was a long-time member of Union View Baptist Church. Mrs. Morton is survived by her loving daughter, Kimberly Edwards and husband, Toby, of Youngsville, NC; her granddaughter, Elizabeth Anne Edwards; three brothers, three sisters, and many nieces and nephews. She was END_OF_DOCUMENT_TOKEN_TO_BE_REPLACED

Frank Medure died on January 6, 2009, from complications of prostate cancer. He was preceded in death by his beloved "babe," his wife of 64 years, Adele Medure. Born in New York City on January 9, 1919, Frank was the son of Dominic and Paola Medure, and was the youngest of their seven surviving children. Frank grew up in the Bronx in a time when he and his friends could swim in the rivers and play ball in the fields. He was a talented athlete whose love of sports provided him great joy until END_OF_DOCUMENT_TOKEN_TO_BE_REPLACED

Steven Lee Farrell, 59, died Tuesday, January 6, 2009 from congestive heart failure. Steve was the son of the late Horace Farrell and is survived by his mother, Mrs. Wheme Allen "Buddy" Farrell. Steve graduated from Southern Adventist University with a BA in English. He received his Masters degree in Education Administration from Old Dominion University in Norfolk, VA. Steve was an Academic Instructor at Southampton Correctional Center from 1972 – 2004; and was Assistant Principal of END_OF_DOCUMENT_TOKEN_TO_BE_REPLACED

Ms. Evelyn Jeannette Chambers, 75, of Fearrington Village in Pittsboro, NC died January 6, 2009 at her home. She is survived by her brother, Lawrence P. Chambers of Severna Park, MD and a niece, Kristin Adams of Stevensville, MD and a nephew, Jason Chambers of Severna Park, MD. Jeannette was born August 9, 1933 in Fairmont, WV to Merritt Edward Chambers and Beatrice Hunter Chambers. After the death of her mother, Jeannette being only a few months old went to live with her grandmother, Ada END_OF_DOCUMENT_TOKEN_TO_BE_REPLACED

Oxford: Michael "Mike" Keith Norwood age 57 of Oxford died January 5, 2009. A native Onslow Co. son of the late Claude Frazier Norwood and Thelma McLaurin Norwood. A member of Peace's Chapel Baptist Church. He was a retired employee of the Oxford Orphanage with 26 years of faithful service as director of Facilities Services. He was President of Norwood and Sons Plumbing, a former member of Corinth Volunteer Fire Department and a member of Oxford Masonic Lodge 122 A.F & A.M Funeral services END_OF_DOCUMENT_TOKEN_TO_BE_REPLACED

Elizabeth Betsy O'Brien Sherrill died peacefully Friday, January 2, 2009, at the Forest at Duke Retirement Community. She was 87 years old. Betsy was born on July 10, 1921 in Winston-Salem to the late Leet Alexander and Nancy Simmons O'Brien. Betsy graduated from Salem College where she won numerous art awards and recognitions. She worked as a medical artist at Bowman Gray School of Medicine. In 1945, Betsy married Dr. John Sherrill, Jr. and they moved to Durham in 1953 after being END_OF_DOCUMENT_TOKEN_TO_BE_REPLACED

Bobby Carol Jones, 64 of 403 Sunset Avenue died Thursday January 1, 2009 at his home. Bobby was the son of the late Willie Day and Alma Woodlief Jones, the retired owner of Jones Upholstery and Floor Covering which was started by his father in 1949. A member of Enon Baptist Church and a former member of the NC Army National Guard. Funeral Services will be conducted 2:00 PM Sunday January 4th at Enon Baptist Church by the Rev James C. Shelley Jr. Burial will follow in the Church Cemetery with END_OF_DOCUMENT_TOKEN_TO_BE_REPLACED 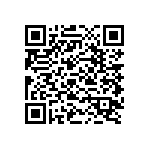