OXFORD: Mrs. Ruth "Teny" Hughes Wheeler age 94 of 1113 College Street died Saturday August 9, 2008. She was a native of Vance Co. and the daughter of the late John Maurice and Olive Wyckoff Hughes. She was a member of Delrayno Baptist Church. Funeral services will be conducted at 2:00 PM Wednesday august 13, 2008 from Gentry-Newell & Vaughan Funeral Chapel by the Rev. Hilton Moore and Jeff Gregg. Burial will follow in Medowview memorial Park. Surviving are one daughter, Amelia END_OF_DOCUMENT_TOKEN_TO_BE_REPLACED

On August the 8th, Joseph Chavis, son of Bracey Chavis, deceased, and Joan Riley, was called home to be with his Father. Surviving are his Mother, Joan Riley, Stepfather Leonard Riley, His three sons, Joseph Chavis Jr, Stephen Chavis, and Jason Chavis, their mother, Tammy Rich, four sisters, Carrie Robinson, Alice Wilson, Tracey Hinkle, and Ann Fransisco, and his brother, Richard Chavis. His death was sudden and a shock to us all, but we all know he is still with us. Wake to be held at 10:00 END_OF_DOCUMENT_TOKEN_TO_BE_REPLACED

Mary Catherine Reedy, 64, died on Friday, August 8, 2008. Mary was born in Chicago, IL to the late Alberta and Dr. William C. Hambley on February 10, 1944. Mary was exuberantly positive and giving, a joy to be around. Her life expressed four driving passions, her family, structural research on molecular machinery in living cells especially muscle, her garden, and painting watercolors. Family and biology started early, browsing "Gray's Anatomy" on her surgeon father's lap, and continued in her END_OF_DOCUMENT_TOKEN_TO_BE_REPLACED

David Arthur Houle, 60, died on Friday, August 8, 2008. David was born in Detroit, MI to the late Elizabeth Rapp and John Arthur Houle on December 17, 1947. David graduated from Michigan State University in 1970 and began his career at Comerica, Inc. in Detroit, MI. He worked his way from Assistant Branch Manager to Senior Vice President-Investment Manager. In 1992 the family relocated to Honolulu, HI where he worked as Chief Financial Officer of Pacific Century Financial Corp until 2001. From END_OF_DOCUMENT_TOKEN_TO_BE_REPLACED

Ruth M. Waiden, age 89, was promoted to glory to be with God on Wednesday morning, August 6, 2008. Mrs. Waiden was born in Franklin County to the late Felix and Bessie Edwards May on November 14, 1918. Mrs. Waiden was the retired owner of City Lunch Café and a longtime member of Franklinton Baptist Church. Loved by all who knew her for her caring heart, Mrs. Waiden will be greatly missed by her family, her friends and her beloved cat, Fonzarelli. Mrs. Waiden is survived by her sons: END_OF_DOCUMENT_TOKEN_TO_BE_REPLACED

Kenneth Wilson Cooper of Bynum, NC, died Wednesday, August 6, 2008, after and extended illness. Born May 6, 1925, he was the 11th of 12 children of Grover Cleveland and Verdonia Phillips Cooper. Mr. Cooper served in the Navy during WWII. He was the starring pitcher for the Bynum Bulls Baseball Team and was recruited by a major league team before an injury that ended his baseball career. One of his first jobs was "Paper Boy" in Bynum and he worked at Cary Durham's Store in Bynum as a teen. END_OF_DOCUMENT_TOKEN_TO_BE_REPLACED

Beatrice "Bea" Mitchell Watts of Franklinton died Tuesday evening, August 5, 2008, at home surrounded by her loving family. She was 71 years old. Bea was born in Franklin County to the late James Edgar and Marjorie Moore Mitchell. She was a longtime member of Franklinton United Methodist Church and was employed with Westinghouse Corp. before her retirement in 1995. Bea is survived by her loving husband of 36 years, David E. Watts of Franklinton, NC; her daughter, Cindy Mobley and husband, END_OF_DOCUMENT_TOKEN_TO_BE_REPLACED

Mrs. Dorothy R. Johnson, 75, died on Sunday, August 3, 2008. Dorothy was born in Durham to the late Eva Wilkins and Ernest Roberts on April 10, 1933. Dorothy was a wonderful woman and a pleasure to be around. Her fun personality and great sense of humor helped cultivate so many meaningful relationships that will continue to endure. Because of her sweet nature, she was a great source of friendship to many of the children that she worked with as well as any one else that she had the END_OF_DOCUMENT_TOKEN_TO_BE_REPLACED 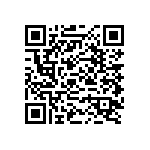